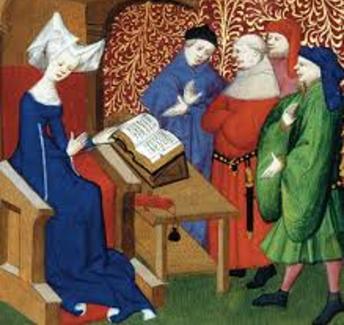 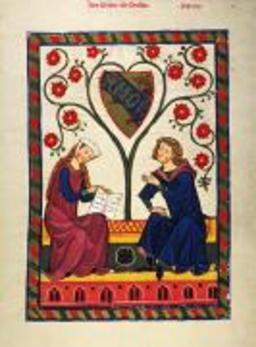 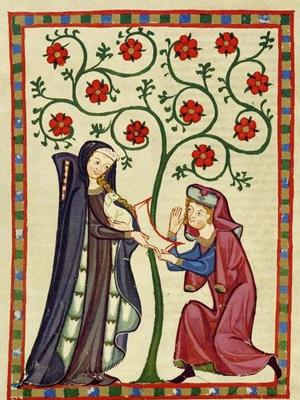 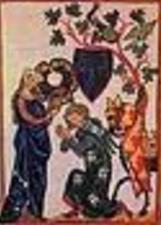 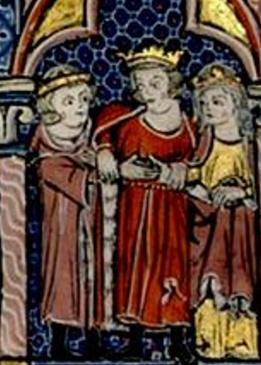 The crusader states, established at the beginning of the 12 century, rapidly developed unique political institutions and their own legal traditions. One of the most interesting ways in which they set themselves apart from contemporary societies was the prominent role played by women.  In the surrounding Muslim world, of course, women had neither names nor faces, much less a voice, in public. In the Byzantine Empire, on the other hand, while women enjoyed considerable freedom, wealth, education and influence, they did not directly hold power.  Western Europe the 12th century saw several very powerful female rulers, notably the Empress Matilda and Eleanor of Aquitaine, yet the crusader kingdoms stand out because the high status of women in the Holy Land was more comprehensive and institutionalized than in either the Eastern Empire or Western Europe.

This high status probably evolved out of the repeated failure of the ruling dynasties to produce male heirs.  A look at the succession in the Kingdom of Jerusalem illustrates this well. When Baldwin II died in 1131, he was succeeded by his daughter, Melisende, who ruled jointly with her husband Fulk of Anjou (grandfather by his first marriage of Henry II of England). When Fulk died in 1143, Melisende remained Queen of Jerusalem, and ruled jointly with her eldest son, Baldwin III.  Although her son eventually side-lined her, it was only after a struggle in which several powerful barons and most of the clergy sided with the Queen.

At Baldwin III’s death in 1163, his heir was his brother Amalric I, but Amalric’s heir was the ill-fated Baldwin IV, the Leper King, who had no children, making his sisters (and through them, their children and/or husbands) his heirs. As fate would have it, in the century between the death of Baldwin II and the ascension of Friedrich II as consort of a Queen of Jerusalem in 1225, the crown of Jerusalem passed through the female line no less than ten times! Furthermore, the situation in the crusader states and baronies was similar, if not quite so dramatic; that is, the title to baronies repeatedly passed through heiress rather than heirs. This fact alone would have raised the importance of women, but it is significant that these queens (princesses, countesses and ladies) were not passive vessels.

Melisende was Queen in her own right and commanded loyalty and support among her vassals to such a degree that both her husband and later her son had to take her political wishes into account.  Sibylla forced upon the kingdom a man patently unsuitable for the kingship and soon detested by her brother, the reigning King, and the majority of the barons.  When her son Baldwin V died, Sibylla – not her husband Guy de Lusignan – was crowned by the patriarch, but she placed the crown on Guy’s head as her consort.  Furthermore, many of Guy’s vassals viewed their oaths to him absolved the moment Sibylla died – despite Richard of England’s determined support for Guy.

In the end, even the Lionheart gave up and recognized that without Sibylla, Guy could not be King of Jerusalem. The crown passed to Sibylla’s sister, Isabella. Isabella conferred the crown on two men in succession, Henri de Champagne and later Aimery de Lusignan. Notably, Henri de Champagne, a nephew of both Philip II of France and Richard I of England (his mother was a daughter of Eleanor of Aquitaine by Louis VII), never even called himself King of Jerusalem; he remained Count of Champagne, while Isabella was Queen of Jerusalem. Her daughter’s husband, John of Brienne, also lost his title of King of Jerusalem at his wife’s death, although he acted as regent for his infant daughter until she wed Friedrich II.

The dynastic importance of women was both cause and effect of a uniquely high status for women in the crusader kingdoms that took many other forms. Not only did women act as regents and receive homage from vassals, they enjoyed a freedom of movement and opinion that scandalized the Muslim – and sometimes the Christian – world.  Amalric I’s wife Agnes de Courtney is sometimes accused of being set aside because of her immorality, certainly she was accused of having affairs with a prelate of the church (later the Patriarch of Jerusalem, Heraclius) and with Aimery de Lusignan. Her daughter Sibylla is alleged to have had an affair with Baldwin d’Ibelin before taking Guy de Lusignan to her bed. Certainly a contemporary claimed that Baldwin IV wanted to hang Guy for “debauching” a princess of Jerusalem, but was then persuaded to let his sister marry her lover.  It was behavior such as this that in part led many in the West to believe Jerusalem had been lost in 1187 because of God’s wrath with the immorality of the Christian rulers.

Yet while the antics of the royal women may indeed have deserved censure, the higher status of women generally meant that widows in the crusader kingdoms exercised far more control over their property and their lives. SIbylla is the most prominent example, but she was not alone in choosing her second husband. Constance of Antioch chose Reynald de Chatillon, and Maria Comnena chose Balian d’Ibelin, just to name two other prominent examples. In short, young girls were married often at very tender ages to boys or men of their parents’ choosing, but widows had the power, property and right to choose their own husbands – and did.

The higher status of women also impacted their daily lives. Upper class women were literate as they could not have otherwise conducted their affairs, and they owned books. Some accounts stress that they rode astride for greater safety in an always precarious environment, something that gave them greater mobility. They did not have to go veiled in public, although women almost certainly covered their faces from the ravaging effects of the Palestinian summer sun when out of doors.  But perhaps most important, they were entitled to their opinions, free to voice them and often heeded by their male contemporaries. William of Tyre records multiple instances when Queen Melisende's opinion or that of her sisters was sought out. Likewise, the Count of Flanders sought the advice of Dowager Queen Maria in a dispute with Baldwin IV and the High Court. The Ladies of Tiberius and of Oultrejourdain are examples of non-royal women with documented influence.

Compared to their faceless and voiceless sisters in the Muslim world, the fact that women in the crusader states were viewed as intelligent human beings with opinions worth hearing was undoubtedly the greatest privilege of all.

Women in the Crusader States: An Overview