Servant of Two Masters: The Teutonic Knights Between Pope and Emperor 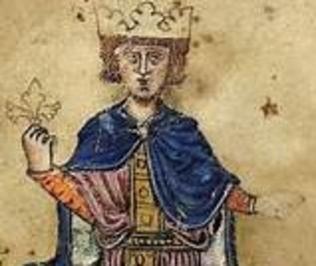 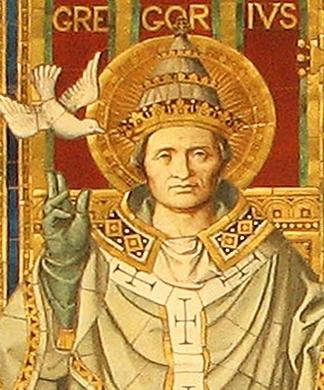 As long as the papacy and the Holy Roman Emperors were in accord with one another, the Teutonic Knights were well positioned to receive patronage from both. The situation changed dramatically, however, when Frederick II fell afoul of Pope Gregory IX. This short essay looks at Teutonic Knights in during the power struggle between the pope and the Hohenstaufen emperors.

Just when ten years of Salza’s tireless efforts to raise support for a new crusade were finally bearing fruit in the form of what was to become known as the Sixth Crusade, Frederick II and Pope Gregory IX clashed.  Angered by the Hohenstaufen’s failure to depart on time for the crusade, the pope excommunicated the emperor. Frederick II showed his contempt for the pope, by proceeding with the crusade (albeit a year later than promised) anyway.

Fredrick II’s crusade put not only the Teutonic Knights but the other military orders and the knights and barons of Outremer in an extremely awkward position. Everyone with a serious or vested interest in the recapture of Jerusalem and other parts of the Holy Land welcomed a crusade led by a powerful and wealthy monarch. They had placed huge hopes Frederick Hohenstaufen, who was now not only a crusading monarch but also the titular king (or at least regent) of Jerusalem by right of his wife.  (Although his wife had meanwhile died from the effects of childbirth at the age of 15, she had left behind a living son, Conrad; Frederick as his only surviving parent had a strong claim to act as regent for his infant son.)

Initially, no one wanted to let an excommunication get in the way of their shared interest in regaining the holy sites and strengthening the viability of the weakened kingdom. So the Holy Roman Emperor was welcomed.  Indeed, despite his absolutist attempts to illegally seize properties from both local barons and the Templars, the militant orders and the fighting men of Outremer supported Frederick’s crusade. The Teutonic Knights were no different from the others.

Until, that is, the emperor went behind everyone’s backs to cut a deal with the Sultan al-Kamil.  While on the surface his treaty was successful, it also contained clauses that were utterly unacceptable to the inhabitants of Outremer, the Templars, and Hospitallers. The most important drawback of the Emperor’s ‘treaty’ with al-Kamil was that, although the Sultan had physical control of Jerusalem at the time of the treaty, he did not have a legal right to dispose of it; it belonged to his nephew, who immediately denounced and declared his intention of re-taking Jerusalem for Islam.

Equally damaging to the utility of the treaty, was the fact that it was, in fact, a truce not a peace treaty: it only lasted for ten years and the Christians were prohibited from refortifying the city or the environs in the meantime. In effect, Jerusalem was not restored to Christian control, merely lent to the Christians (assuming they could fight off al-Kamil’s nephew without having any fortifications) for ten years. The fact that the Temple Mount, which had been the Templar’s HQ, remained in Muslim control just added insult to injury.

With this personal treaty between the Hohenstaufen and al-Kamil negotiated in secrecy without the advice ― much less the consent ― of the lords and bishops of Outremer or the Masters of the Militant Orders, Frederick II lost his credibility, popularity, and support in Outremer. Relations between the Emperor and the Templars turned so sour, that the Emperor laid siege to the Templar citadel in Acre for five days.  Nor did the Hospitaller escape the Emperor’s wrath: on his return to Sicily, Fredrick promptly confiscated all the properties of both the Templars and the Hospitallers. Meanwhile, the ordinary people of Outremer sent Frederick II home by pelting him with offal on his way down to the port to embark on his return journey.

Only the Teutonic Knights remained loyal to Frederick Hohenstaufen. With good reason. They did not have vast networks of estates from Scotland to Outremer as did the older militant orders; their properties were concentrated in the Hohenstaufen’s territories. The confiscation of estates in Sicily and the Holy Roman Empire were unwelcome, but not crippling to the Templars and Hospitallers; for the Teutonic Knights, a similar confiscation would have come close to destroying the Order.

In doing what they must in order to retain the Emperor’s goodwill, however, they incurred the wrath of the pope. On August 17, 1229, on learning from the Patriarch of Jerusalem that Herman von Salza had translated and delivered Frederick’s apologist speech on his relations with the papacy during a “crown-wearing ceremony” in the Church of the Holy Sepulcher, Pope Gregory IX stripped the Teutonic Knights of their independence, subordinating them to the Knights Hospitaller. Furthermore, their support of the unpopular, autocratic Frederick II cost the Teutonic Knights popular support among ordinary people as well. By 1231, Pope Gregory felt compelled to issue a document condemning attacks on the Teutonic Knights by both laity and clergy.

Herman von Salza, however, was a consummate diplomat. He used his skills to regain papal favor by brokering a rapprochement between the papacy and the Holy Roman Empire. By 1230 already, the breach between the pope and the Holy Roman Emperor had been (temporarily) repaired, and the pope was again defending the Teutonic Knights against their enemies (see above). There is no further mention of Hospitaller control, and the independence of the Teutonic Knights was quietly restored.

When a new conflict broke out between the Emperor and the pope, Herman von Salza was the one man both antagonists trusted. He was entrusted with the task of trying to find means of reconciliation between them. Thus, in the end, Salza succeeded at the seemingly impossible task of serving two masters, the pope, and the emperor, to the satisfaction of both.

His successor didn’t even try. Conrad von Thuringia was 100% the emperor’s man. He was also Frederick II’s cousin, so perhaps he didn’t have much choice. His devotion to the Hohenstaufen, however, again earned the Teutonic Knights the enmity of the pope. This, in turn, led to the order once more losing many of its privileges and again, by papal order, being subordinated to the Hospital.  The latter, however, appears to have lost interest in actually taking control. Instead, the Hospital allied itself with the Imperial forces in the Levant with the result that the Templars were soon attacking both the Hospitallers and the Teutonic Knights in Acre. The Templars were outraged because the Imperial authorities supported by the Hospitallers and Teutonic Knights favored a truce with the Sultan of Egypt while the Templars and the local barons preferred peace with the Sultan of Damascus. (The two Sultans being still at odds with one another.)

Conrad died within two years and was followed in short succession by men who alternately sought reconciliation with the pope or adhered again to the Imperial party. As a result by 1249 “[the Teutonic Knights] had alienated both the papacy and the empire and were divided amongst themselves.” (Morton, p. 105). In the eleven years since Salza’s death, the Order had also suffered severe setbacks in Prussia and Livonia, as well as massive losses at the devastating Frankish defeat at La Forbie in 1244. In 1249 another major defeat awaited them: Mansourah. Again the Teutonic Knights, like the Templars and Hospitallers, suffered severe casualties.

Perhaps this was what shattered the internal cohesion of the Order. Between 1249 and 1253 as many as four different men appear to have called themselves “Master” of the Teutonic Knights, at least two simultaneously. Letters to Western rulers, furthermore, attest to the fact that the Teutonic Knights were not receiving aid from their properties in the West because the wars between the papacy and the empire had prevented supplies from reaching them, and what resources the Order could scrape together were being diverted to Prussia and Livonia because of an impending Mongol invasion.

The Teutonic Knights had reached a nadir point.