It has become commonplace to claim that the greatest benefit to the Crusades was the exposure of backward and barbarous Western Europeans to the "more advanced" civilizations of the Muslim world. Yet the evidence demonstrates that the situation was considerably more nuanced and development was a two-way street. Furthermore, the society most ready to adapt is not always the weakest or most backward.

Starting with the situation at the baseline, Islamic culture had undoubtedly experienced a significant flourishing in the centuries immediately preceding the Crusades. However, far from being trapped in a "dark age," Europe was likewise going through a period of significant development and technological advancement. Contrary to popular notions, throughout the so-called “Dark Ages” the learning of the ancient Greeks was preserved — and translated into Latin. Furthermore, major technological innovations were making Europe more prosperous and its people healthier than ever before. Professor Rodney Stark argues that “medieval Europeans may have been the first human group whose genetic potential was not badly stunted by poor diet, with the result that they were, on average, bigger, healthier and more energetic than ordinary people elsewhere.”[1]

As a result, the exchange of knowledge and technology that followed the First Crusade was by no means a one-way street. While the Franks soon learned to employ light cavalry in the form of native Christian horse-archers (misleadingly called Turcopoles despite being neither Turkish and nor apostate Muslims), the Saracens developed heavy artillery for siege warfare. While the Franks learned about paper manufacturing and improved glass-making techniques from the Syrians, the Arabs learned from the Franks about four-wheeled carts and industrial methods for sugar manufacturing. While the custom of public baths moved from east to west, the concept of chimneys moved in the opposite direction.

Nor should we automatically assume that the culture more open to adaptation was the weaker culture. For example, there is no question that European naval architecture was vastly superior to contemporary Arab shipping, yet the Arabs were unable to adopt Western shipping technology largely due to the poor quality of their shipwrights and sailors. The chimneys built in Holy Land by the Franks fell into disrepair and then disappeared from local architecture altogether after the departure of the Franks not because chimneys are useless or backward, but due to the sheer inertia of “tradition.”

Nor should we forget that many of the “inventions” we associate with the “East” were not Saracen in origin, but Greek. One classic example of this is the concept of hospitals as places where professional medical practitioners provide medical treatment to cure the sick. Such institutions were unknown in Western Europe before the First Crusade. By the time the Crusaders arrived in the Holy Land, the Arabs indeed had sophisticated hospitals, yet the origins of these Arab institutions lay in Byzantium. The first hospitals in the Eastern Roman Empire are recorded in the fourth century AD; the earliest hospitals in the Muslim Middle East did not appear until the late eighth or ninth century.[2] Under the aegis of the Knights of St. John of Jerusalem, (known simply as “the Hospitallers”) hospitals were adopted into the Western European culture.

An important factor impacting the direction of technology transfer was the environment. The Franks -- but not their Arab and Turkish opponents -- were living in a new environment. This meant the Franks needed to adapt to that environment -- one with extremes of heat unknown in their homeland, an environment that was more arid, less forested, and more densely populated. It would have been absurd -- and stupid -- to cling to traditions and technologies unsuited to the Mediterranean no matter how well-suited those technologies might have been for, say, living in Scotland or fighting in Prussia.

The adoption of surcoats is an excellent example of this. In the intense heat of the Syrian summer, wearing a loose cloth garment over one's armor made sense. That the Franks rapidly did so, and -- even more surprising -- that it became a fashion across Western Europe is not a mark of the inferiority of previous forms of dress. The surcoat had a function that was directly related to the physical environment in the Near East. It's later evolution into a means of showing off one's arms and affinity had nothing to do with Arab/Turkish superiority but rather with Western customs of chivalry.

The prevalence of stone structures in the crusader states was likewise a function of the scarcity of wood rather than superior skills on the part of Arab masons. In his outstanding examination of crusader castles, Professor Ronnie Ellenblum likewise demonstrates that it was the crusaders that first made significant advances in military architecture. Mamluks learned fast and later Muslim castles were in no way inferior to those of the crusaders, but it was the crusaders who first introduced key features from thicker and higher concentric walls to posterns, vaulted chambers in the "safe-zones," and massive storage to withstand lengthy sieges. [3]

The Frankish adoption of covered markets reflected the need to keep perishable goods out of the intense summer sun, the flies and the dust -- not an inherent superiority of covered versus open markets.

Adaptation from West to East, on the other hand, was inhibited by both the fact that the environment remained the same for the Muslims and by Muslim presumptions of superiority. The Muslims viewed Franks as fundamentally backward because they were “blasphemers worshipping God incorrectly…or as idolaters worshipping cross-shaped idols.”[4] In the extreme, they shared the attitude expressed by Bahr al-Fava’id who wrote: “Anyone who believes that his God came out of a woman’s privates is quite mad; he should not be spoken to, and he has neither intelligence nor faith.”[5]

It is to the Crusaders’ credit that regardless of what they thought of the theology of  Islam, they did not dismiss its adherents as inherently madmen and idiots. It was because of this willingness to separate religion from science and art, that the Franks proved remarkably adept at adapting to their new environment and developing a unique hybrid culture.

That culture is incorporated in all my novels set in the crusader states: 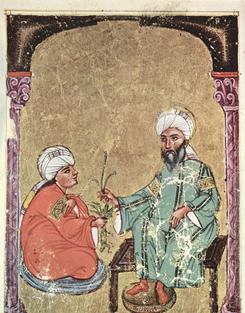 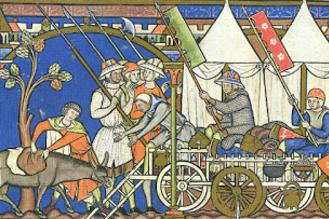 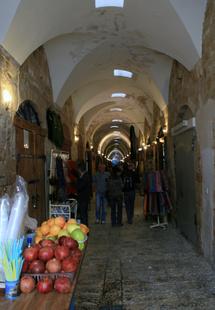 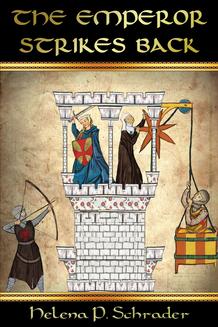 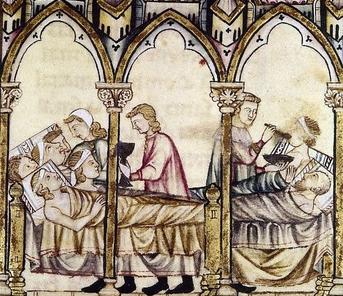 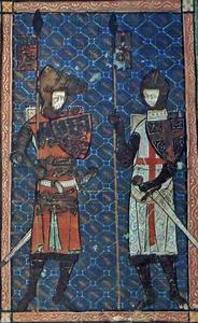