In August 1189 a Frankish army under the command of King Guy of Jerusalem laid siege to the city of Acre.  Once the economic heart of the Kingdom of Jerusalem, Acre had surrendered to the Saracens just days after the Battle of Hattin, and by August 1189 it was garrisoned by Egyptian troops fiercely loyal to the Sultan Salah ad-Din.

Located deep inside Saracen held territory, the siege of Acre was maintained largely by reinforcements arriving by sea, and the siege camp was itself encircled on land by the armies of Salah ad-Din, so that the besiegers were themselves besieged. The siege was to last two full years and cost tens of thousands of Christian lives. According to the Itinerarium Peregrinorum et Gesta Regis Ricardi, one of the most important contemporary accounts, the siege cost Christendom the Patriarch of Jerusalem, six archbishops, twelve bishops, forty counts, and five hundred barons. It also cost Jerusalem a queen and two princesses, all of whom also died of fever in the siege camp. While there are no reliable sources for the number of commoners lost, such high casualties among the privileged elites (that could afford the best armor, accommodation and food even in times of scarcity) suggests that tens of thousands of ordinary people -- fighting men, clergy and camp followers -- were lost in the siege of Acre. They died in combat, from disease and even starvation.

Furthermore, although both sides repeatedly launched assaults against the other, all were ultimately defeated at high cost. Between these major battles, small scale skirmishing occurred almost on a daily basis, causing continuous attrition. Ultimately, however, disease, deprivation, and unsanitary conditions accounted for the lion’s share of the casualties. Even after the arrival of large crusading forces under the kings of England and France (the Third Crusade), victory was not achieved by offensive action, but rather through a naval blockade that cut the Saracen garrison off from supplies and reinforcements. The garrison at Acre surrendered and received terms rather than being crushed by Christian arms. In short, the history of the Siege of Acre is a grim tale of stalemate reminiscent of the horrible trench warfare of WWI.

And just like WWI, one wonders if it was worth the sacrifice made and if at any time the siege made military sense?

The Siege of Acre was the “brainchild” of the man who gave us the catastrophe at Hatttin: Guy de Lusignan. Furthermore, it was apparently undertaken by default more than design. After losing the Battle of Hattin, surrendering to Saladin and then swearing to depart the Holy Land and never take up arms against Islam again in order to secure his release, Guy de Lusignan went first to Tripoli and then Antioch. Here Guy spent a year doing we know not what before deciding to break his oath to Saladin (with the blessings of the Christian church, which argued he had made the oath under duress) and return to his own kingdom.

Guy's kingdom by this point in time consisted of only a single city, Tyre, which had been saved from ignominious surrender by the timely arrival of Conrad de Montferrat. So Guy left Antioch with a body of several hundred knights and several thousand foot soldiers, all volunteers prepared to support Guy regain the kingdom he had squandered at Hattin – or, more probably, volunteers dedicated to the recapture of Jerusalem, even if that meant following Guy de Lusignan. Guy went naturally to his only remaining city with the intention of making it his base of operations.

On arrival in Tyre, however, Conrad de Montferrat flatly refused to admit him to the city and furthermore refused to acknowledge him as king at all. Montferrat reasoned Lusignan had 1) forfeited his kingdom with his defeat at Hattin, and 2) renounced it to obtain his release from captivity. This turn of events had not been anticipated by Guy and took him by surprise. Allegedly, Guy was at a complete loss about what to do, and implicitly prepared to just go back to Antioch with his tail between his legs.

Guy’s older brother Geoffrey is credited with convincing him to take the offensive instead. Geoffrey was the second of the four Lusignan brothers. The eldest brother Hugh “le Brun” was Lord of the March and Lusignan, a vassal of the Plantagenets.  The third brother was Aimery, Constable of Jerusalem and like Guy a former captive of Saladin. Guy was the fourth and youngest of the Lusignan brothers of this generation.  Hugh would arrive later in the train of Richard of England with a significant crusader contingent, and Aimery was already with Guy. Geoffrey, the second of the four Lusignan brothers, appears to have been too impatient to await the ponderous collection of the entire crusader host. He rushed out to the Holy Land to join his younger brothers well before the departure of his elder brother with the men of Lusignan.

Geoffrey may have been impulsive and impatient by nature. Before coming on crusade, he was credited with leading a Lusignan attack on Eleanor of Aquitaine that resulted in the murder of the Earl of Salisbury (See Guy de Lusignan). In this incident, Guy is sometimes blamed for wielding the fatal lance, but Geoffrey as the elder brother was the man who made the decision to attack the unarmed and unsuspecting troop with the Queen of England. In any case, in August of 1189 Geoffrey de Lusignan had only recently arrived in the Holy Land. His proposal to lay siege to Acre may, therefore, have been either merely impulsive or based on ignorance because it is hard to imagine a military reason for the selection of Acre as a target.

To be sure, taking offensive action made sense. Jerusalem was never going to be recovered by defensive actions alone. By August 1189, it was more than two years since the disaster at Hattin and fighting men committed to regaining the Holy Land for Christendom were spoiling for a fight. They were tired of being cooped up in Tyre and anxious to start fighting back. This is well illustrated by the attempt to retake Sidon just two months earlier. (See Jerusalem Fights Back)

The difference between the campaign to take Sidon and Lusignan’s siege of Acre, however, is that Sidon lay between the two Frankish strongholds of Tyre and Tripoli. Recapturing Sidon and the coast between Tyre and Sidon (and presumably between Sidon and Tripoli) would have extended Frankish control to a continuous coastal strip, greatly increasing the strategic and economic viability of remaining Frankish territory. Acre on the other hand was even farther from Tripoli and Antioch than Tyre and, as the course of events show, rapidly isolated.

Some historians have argued that Acre’s port was particularly valuable, which is certainly true, and that the riches that could be garnered from a port would have supported many “money fiefs,” which is also true. But given its isolation, its excellent defenses and the size and loyalty of the garrison holding it for Saladin, these arguments for selecting Acre as a target seem less than compelling.  Rather, the siege of Acre was a tactical blunder by a man (Guy de Lusignan) who never evidenced a shred of military acumen.

The Siege of Acre is an important event described in “Envoy of Jerusalem.” 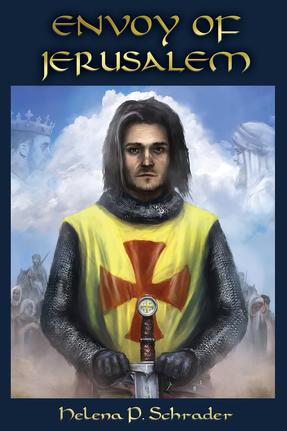 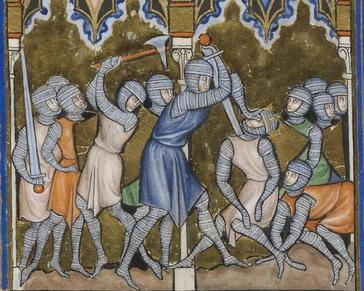 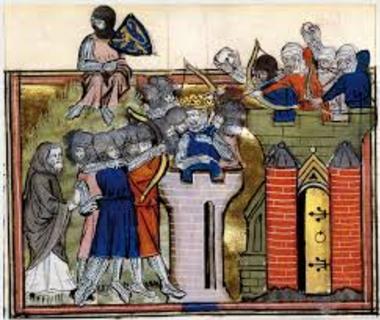 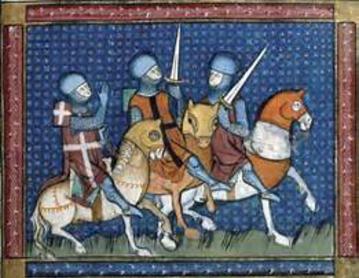