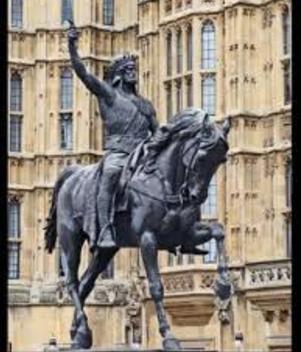 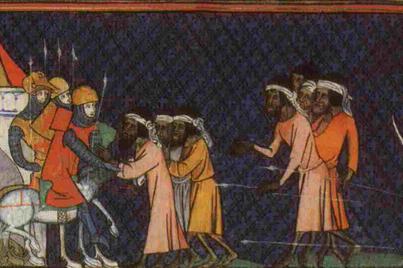 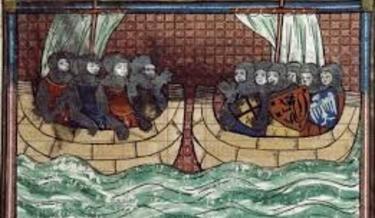 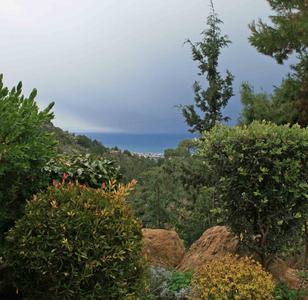 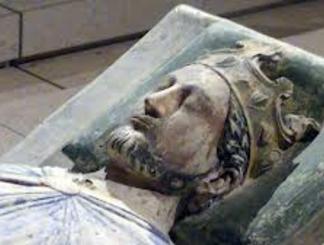 Richard I’s crusade to the Holy Land, 1190-1192, has often been criticized by historians.  First, it was hugely expensive, and Richard I resorted to a number of devious practices in order to finance it, including the sale of public offices and pressure on his subjects that was little short of extortion.  Second, it took the king away from his kingdom for an extended period of time, during which his brother and the King of France plotted against him to the detriment of England and the rest of the Plantagenet territories.  Third, the rivalry and conflict over strategy during the crusade greatly exacerbated the tensions between Richard of England and Phillip of France, and Richard’s insult of the Duke of Austria led to bitter hostility on the part of the latter that in turn resulted in Richard being held for ransom — again to great cost to Richard’s subjects. Thus, cumulatively, from the English perspective Richard’s crusade was responsible for his long absence  and a serious drain on the resources of his subjects.

To make matters worse, Richard singularly failed to achieve the objective of the crusade, which was the re-capture of Jerusalem and the restoration of the Holy City to Christian control. The fact that the crusading army came within just a few miles of Jerusalem only to retreat twice has further tarnished Richard’s reputation. On the surface it seems that Richard sacrificed the prosperity of his own realm and the security of his kingdom for “nothing.”

Aside from the fact that it is rather unfair to blame Richard for the treachery of his brother, the King of France and the Duke of Austria, his accomplishments in the Holy Land also need to be reassessed. First, Richard’s conquest of the Island of Cyprus enabled Cyprus to become the bread-basket, staging area and recruiting base of the remaining crusader states for a hundred years. Even more important, the Latin Kingdom of Cyprus protected the shipping lanes from Western Europe to the Near East, Egypt and Constantinople for more than 300 years. Cyprus was thus vital to the prosperity of the Italian city-states and played a major, if indirect, role in the flourishing in science, technology, philosophy and art that was to become known as the Renaissance.

But Richard’s accomplishments in the East did not end with the conquest of Cyprus. Richard’s role was decisive in re-capturing the critical port city of Acre from the Saracens. Acre had always been the principal gateway from the West to the Kingdom of Jerusalem and it was to remain the commercial heart of Western presence in the Holy Land for another hundred years.

Nor did Richard’s accomplishments in the Holy Land end with the re-capture of Acre.  Instead, he continued south and within two years had re-established Christian control of the entire coastline from Jaffa to Antioch. Although reduced to roughly ¼ of the territory held by the Latin Christians before the Battle of Hattin, the remnants of the crusader states in the Eastern Mediterranean kept the pilgrimage traffic alive and so fostered the exchange of goods and ideas and the development of naval resources so vital to Western economic prosperity and intellectual development — particularly for the Italian city-states.

So Richard I’s accomplishments in the Holy Land were far from insignificant economically and culturally. Nor should their pure military significance be under-estimated. Richard I transported an army of roughly 10,000 men across a vast distance in wooden ships powered by sail and oar. He then commanded a multi-national force composed not only of his own diverse subjects (English, Normans, Angevins, Gascons etc.) but of French, Flemish, Germans, Scandinavians and natives of the crusader kingdoms. He organized highly complex amphibious operations and logistical support for his forces in hostile terrain, and he beat the legendary Saladin in every single engagement in which they confronted each other. That is quite an accomplishment!

It was largely Richard’s personal bravery in an almost endless series of engagements in the Holy Land that earned him his legendary fame, yet as David Miller points out in his sober analysis of Richard’s military capabilities, Richard the Lionheart: The Mighty Crusader, it was really Richard’s careful planning, exceptional logistical organization, and rational strategic thinking that set him apart from the bulk of his contemporaries. Richard I of England would never — never — have let his army march and camp without water nor have exposed his army to encirclement on a field of the enemy’s choosing as Guy de Lusignan did at the Battle of Hattin. Richard ensured that his troops — and his horses — always had enough supplies to be “fighting fit,” and he knew how to integrate infantry and cavalry so that the advantages of both could be utilized. Last but not least, he led by example, not just fighting at the forefront, but doing menial labor like building walls alongside the lowliest of his soldiers as well. That is what makes a great commander.

Without going into greater detail, it is fair to say that Richard was a superb soldier, a brilliant tactician, a sound strategist and a great military leader. He was also astonishingly adept at finance — as not only the financing of his extraordinary expedition across land and sea for 10,000 men shows, but the fact that he could convert his successes like Cyprus into cash as well. Richard remained solvent throughout the crusade, able to hire more men, mercenaries and even the knights of his rivals, while the latter went into debt.

Last but not least, Richard’s diplomatic skills should not be under-estimated.  Despite his ability to defeat Saladin militarily whenever he chose to fight, nothing could alter the fundamental imbalance of forces in the Holy Land. The decision not to capture Jerusalem was taken twice in council with representatives elected from all the contingents fighting under Richard’s command.  The decision was based on a sound assessment of the chances of holding Jerusalem once it had been seized.  Jerusalem was too far from the sea for Western naval superiority to be brought to bear, which meant that it could be cut off from supplies and reinforcements at any time. Richard argued, and persuaded his followers, that the capture of Jerusalem would be costly and short-lived because no sooner would the crusaders have gone home (as they all longed to do) than the city would fall again to the Saracens. Saladin knew this as well as Richard did, so it is a tribute to Richard’s skills as a diplomat that he managed to secure at least free, unmolested access to the Holy City for Christian pilgrims even after his departure.

In the final analysis, Richard may not be one of England’s greatest kings. Philip II, who could never match Richard in tactical and strategic competence much less courage on the battlefield, nevertheless systematically defeated Richard and his heirs politically.  While Richard failed to expand his inheritance, John lost most of his father’s French territories to the Capets within a quarter century of Henry II’s death and even faced a French invasion of England in 1216.  It would be a century before an English King would again successfully lay claim to French territory under Edward III and his even more impressive son, Edward of Woodstock, the Black Prince. Yet Richard the Lionheart’s defense of the Holy Land and his success in stabilizing the situation and enabling a crusader presence in the Eastern Mediterranean until the 16th century was a major contribution to the development of Western civilization as we know it.

Furthermore, while contemporary historians deride the notion of “Good King Richard” from traditional Robin Hood lore, medieval man did remember him with affection.  His example of military prowess combined with judicious leadership and good rapport with his common soldiers had an impact on English perceptions of “good governance” that should not be under-estimated even if they are no longer politically correct.

​Richard the Lionheart in the Holy Land