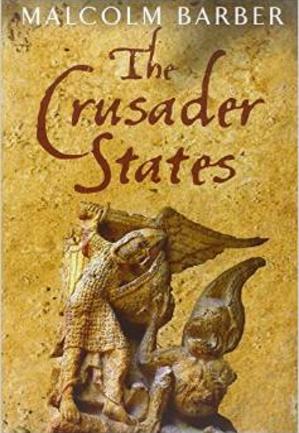 Far more has been written about the crusades than the states they established and supported.  Yet it was the threat to the Christian states that justified every crusade after the First. Furthermore, the crusader states were catalysts for a number of key developments in Western Europe from dramatic improvements in shipping to the exchange of goods, technology and ideas with Constantinople and the Arab/Turkish world.  Indeed, historian Claude Reignier Condor wrote at the end of the 19th Century that: “…the result of the Crusades was the Renaissance.” (The Latin Kingdom of Jerusalem 1099 to 1291 AD, The Committee of Palestine Exploration Fund, 1897, p. 163.)

Professor Malcolm Barber, a distinguished scholar who has already produced seminal works about the Templars and Cathers, has produced a long overdue work that provides a comprehensive history of the crusader states rather than the sporadic crusades. It is meticulously researched and documented, as one would expect from a professor of history, and as such is an invaluable reference work for anyone interested in the period and indeed in the West’s presence in the Near East.

Whereas histories of the crusades invariably focus on military campaigns and so on “aggression,” Barber reminds us that the crusader states themselves were builders rather than destroyers. Barber concludes his comprehensive history by noting that: the crusaders “pragmatic approach to the challenge of providing for defense, administration and economic development produced political entities which resist stereotyping…and predetermined models.” He furthermore stresses that their accomplishments cannot be reduced to military conquests but also “entailed the rebuilding and embellishment of the holy shrines” and notes that they “ultimately produced their own independent and vibrant culture.”

Barber draws on a wide range of primary and secondary sources in Latin, Arabic, French, and German, and his bibliography alone is a treasure trove for the historian.  However, the very detail of his account tends to slow the pace and complicate the flow of the narrative. This is more a reference or a research resource than a good read.

The Crusader States by Malcolm Barber