Review: The Kings of Vane Intent  by Graham Shelby

Although this book contains the usual tripe about the noble Saladin and the bickering, uncivilized Christians, at least he has most of his facts right. Where this book is weakest is with regard to characterization. Shelby has turned Conrad de Montferrat into the villain and in so doing certainly exaggerated considerably, albeit it is wrong to suggest that there is no basis for his interpretation. I found Shelby's negative portrayal of Richard I more difficult to take: the disproved homosexuality, the depiction of a man without subtleties, and the absurd notion that it is more evil to behead Saracen prisoners (after the re-capture of Acre in 1191) than bound Christian knights (the Templars and Hospitallers after Hattin in 1187). Most disappointing, however, was that after making Humphrey Isabella the epitome of young lovers in "Knights of Ill-Repute" and then suffering, separated lovers in this book, he suddenly -- one paragraph -- drops a distanced narrative about how "although he loved her he didn't want to be king" to explain why Humphrey - after murdering Montferrat so rescue Isabella -- doesn't insist on marrying his widowed bride! It reads as if Shelby himself has either lost interest in his characters -- or realized his interpretation was wrong all along. Yet for all its faults, it does provide a nearly battle-by-battle description of the Third Crusade and is far closer to the truth of crusader society that many other novels set in this period. 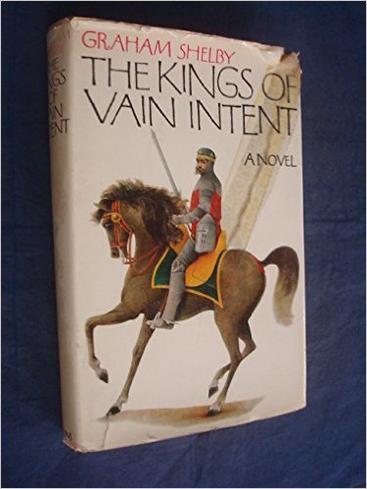