A divided kingdom, a united enemy, and the struggle for Jerusalem. 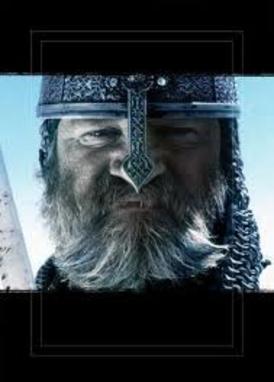 In December of 1182, during a truce between Salah ad-Din and the Christian Kingdom of Jerusalem, pirate ships manned by an estimated 3,000 cut-throats suddenly started terrorizing trade and pilgrims in the Red Sea. It soon became clear that, to the astonishment of all, they were manned by “Franks” — that is Latin Christians. As such, they became the first Christian ships — lawful or otherwise — to be seen in the Red Sea in over 500 years.

Because there had been no hostile ships in the Red Sea for five centuries, the Muslim rulers of Egypt and Arabia had no warships in the Red Sea to deal with the pirate threat. As a result, within a very short space of time these ships had completely disrupted the rich and vital trade between Egypt and India. Politically more dangerous: they had also disrupted the pilgrim traffic that converged on Jedda from all over North Africa for the final leg of the haj to Mecca.

The Frankish pirates first seized the town of Aidhab on the Egyptian coast, a major embarkation port for pilgrims from North Africa. Here they sacked the unwalled town, captured large stores intended to provision pilgrims, and sent raiders inland to seize a caravan. The fleet next crossed the Red Sea and sent a raiding party ashore between Medina and Mecca, apparently looking for rich and undefended caravans, before for heading for al-Haura, north of Jedda. During a sojourn in the Red Sea lasting about three months, they succeeded in capturing roughly 20 merchant or pilgrim ships. They plundered their prizes, then burned the slower ones, while converting the faster vessels into auxiliaries for their own raiding activities. The number of unarmed merchants and pilgrims, men, women and children, abused, slaughtered or enslaved in the process went unrecorded but was undoubtedly significant. By early February 1183, however, their luck had run out.

The governor of Egypt, Salah ad-Din’s brother al-Adil, responded to the threat rapidly and vigorously. He ordered a portion of the Egyptian fleet dragged across Sinai and launched in the Red Sea. This Egyptian squadron began operating in mid-January 1183, and roughly two weeks later caught up with and trapped the Frankish pirates in the harbor of the Arabian port of al-Haura, north of Jedda. Unable to break out of the harbor, the Franks abandoned their ships, captives and treasure to flee inland. Five days later they were tracked down and caught in a narrow ravine.  There most of them were slaughtered, but 170 surrendered and were taken prisoner.

Not unsurprisingly, Salah ad-Din took a very dim view of the activities of these raiders. Although Sharia Law prohibits the execution of prisoners who voluntarily surrender, Salah ad-Din nevertheless ordered the execution of the men involved in the Red Sea raids. Arab sources site the need to eliminate enemies who had gained valuable knowledge of how to navigate in the Red Sea, but the desire to make an example of these men and satisfy public outrage probably also played a role in the Sultan’s decision. In any case, the prisoners were dispersed across Salah ad-Din’s empire for public execution in as many towns and cities as possible in order to “publicize [Saladin's] victory and exemplify his justice,” according to Bernard Hamilton in The Leper King and his Heirs (Cambridge University Press: 2000, p. 183). Two of the prisoners were singled out for a special punishment: they were taken to Mecca, where they were slaughtered like sacrificial animals in front of the thousands of pilgrims come for the haj.

No account of the raids spares a word of sympathy for the pirates. They preyed upon unarmed pilgrims and merchants evidently only for their own enrichment. Arab accounts stress the terror struck in the hearts of pilgrims accustomed to safe travel, and the psychological impact of these raids must have been similar to the terrorist attacks of September 11, 2000. An entire region, long viewed as a safe — indeed invulnerable — Muslim homeland, was suddenly the scene of appalling and “unprecedented” acts of terror. Furthermore, this sudden sense of insecurity was compounded by the fact that the raid between Medina and Mecca led many Muslims to believe that the objective of the attack had been not so much plunder as the destruction of the tomb of the Prophet Mohammad. Thus, in addition to the very real threat to innocent people came the added threat to a sacred site of incalculable religious significance.

The unsavory character of these raids has led most historians and commentators to condemn them in the harshest terms. They are described as acts of perfidy and piracy, and usually depicted as the brainchild of the notoriously avaricious, unscrupulous and brutal Reynald de Châtillon, the lord of the crusader barony of Oultrejourdain.  Châtillon was infamous for attacking and sacking the Christian island of Cyprus, for torturing the Patriarch of Antioch to extract treasure from him, and later for breaking truces to attack caravans.  He would eventually meet his just end at Salah ad-Din’s own hand following the Battle of Hattin, when the Sultan personally executed him.

While there is little doubt that Châtillon was the mastermind behind these raids, Hamilton points out that the launch of five warships manned by three thousand men was beyond the resources of Châtillon alone. The ships could not have been built in Châtillon’s desert lordship, crouching as it did along the Dead Sea. Instead, the ships had almost certainly been constructed in a port with a shipbuilding industry and tradition such as Sidon.  They have to have been disassembled and transported on the backs of camels to the Gulf of Aqaba. Here they could only have been reassembled into seaworthy craft by highly trained shipwrights, who again could not have come from Oultrejourdain. And they would have needed pilots familiar with the Red Sea, almost certainly men from the Sultan’s own territories. In short, Châtillon may have been the instigator of the raids or the man immediately responsible for them (although he was personally involved in a land siege of Aqaba and did not personally participate in the raids), but almost certainly he was not acting alone.

If he was not acting alone, then these raids were not just another act of banditry and lawless aggression on the part of a “rogue” baron. Rather, they served another purpose for a wider constituency, and that purpose cannot have been plunder alone. After all, only the pirates themselves enjoyed the fruits of their "labor" — both the three months of plunder, rape and pillage, and slaughter or execution when their luck ran out. Since the pirates themselves were even less in a position to finance and organize the operation, someone else had to be behind it — behind Châtillon. So who might that have been and what was their real purpose?

Hamilton argues that the raids served a clear strategic purpose: namely discrediting Salah ad-Din as the “defender of Islam.” Furthermore, he notes, the timing of these raids underlines this purpose. The Red Sea Raids occurred during one of Salah ad-Din’s campaigns against the Sunni Muslim city of Mosul.  In short, while Salah ad-Din was killing his fellow Muslims in a war whose sole purpose was the expansion of his personal empire, innocent Muslim pilgrims and merchants were left unprotected at the mercy of murderous Frankish (Christian) marauders.

The instigators of the Red Sea raids may even have hoped that the raids would force Salah ad-Din to break-off his operations against Mosul and return to Egypt to deal with the raiders himself. This would have helped Mosul retain its independence and delayed (if not prevented) Salah ad-Din from further expanding his empire, wealth and power. In short, the most obvious immediate beneficiary of these raids was the ruler of Mosul. Given Châtillon’s mercenary bent and his willingness to attack even fellow Christians on Cyprus, it is not entirely inconceivable that he might have been willing to take gold from Muslim paymasters. Furthermore, a Mosul connection would help explain where the pilots for the ships came from.

However, northern Syria is not famous for its shipwrights and sailors, and this fact suggests another architect for the raids, namely the King of Jerusalem. King Baldwin IV may have hoped the raids would both preserve the independence of Mosul and discredit Salah ad-din in the Muslim world. He almost certainly hoped the raids would undermine the Sultan's authority in Egypt, which was most directly affected by the “terrorists” in their “backyard.” These seem to be perfectly legitimate policy objectives for an embattled kingdom, particularly since the king found (in the shape of Reynald de Châtillon) a man with no reputation to lose and no scruples about carrying out the attacks. The Christian king’s conscience about attacks on unarmed pilgrims and traders was undoubtedly eased by the knowledge that nothing Châtillon’s pirates did was truly unprecedented; Muslim pirates had preyed upon Christian merchantmen and pilgrims in the Mediterranean for centuries.

Whether the Kingdom of Jerusalem ultimately profited or lost as a result of the raids is more debatable. Hamilton argues that Salah ad-Din lost credibility, while most historians argue that the raids only “hardened” Muslim attitudes towards the crusaders, and united Islam against the crusader states. (See, for example, W.B. Bartlett in Downfall of the Crusader Kingdom or Andrew Jotischky in Crusading and the Crusader States.) It is, however, hard to see how much more “hardened” Islam could be than it was already under Salah ad-Din. He had, after all, already declared his intention to push the crusaders into the sea and obliterate their states 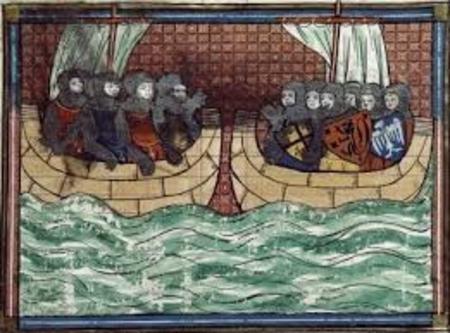 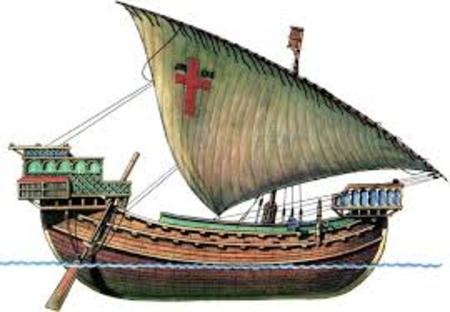 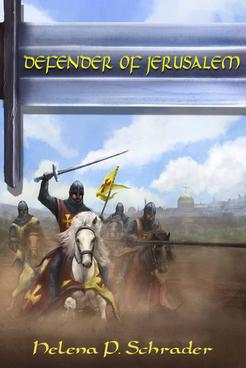