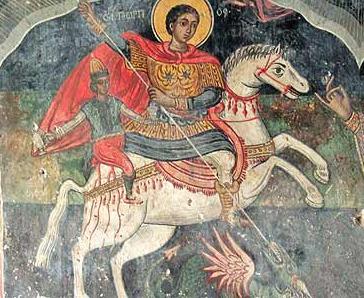 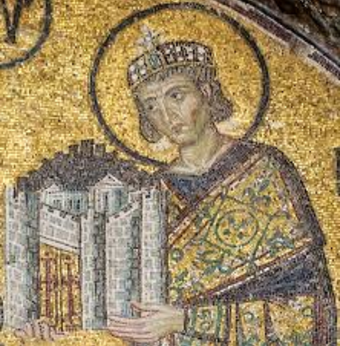 It is commonplace for people to portray the crusaders not only as barbarians vis-à-vis their Islamic enemies, but as “oppressors” of the native Christian populations that lived under crusader rule.  These popular views have their roots in books by scholars such as Runciman, Smail and Prawer, all of whom have argued to varying degrees that the crusader elites, like colonists, lived segregated lives for the natives of the Holy Land, and (as Prawer put it) practiced a form of “apartheid.” Yet, other historians have argued quite the opposite, claiming those crusaders who settled in Outremer soon “went native” and became “more oriental than European.” Based on the most recent research and archaeological evidence, the picture of crusader-native relations is undergoing a revision again.

Starting with the basics, the “native” population of Outremer that confronted the crusaders on arrival in 1099 was anything but a homogeneous mass. First and foremost, it was not ― repeat not ― predominantly Muslim. Historians are continuing to revise downwards the proportion of the population that had, in fact, converted to Islam during the less than four hundred years of Muslim domination.

Certainly, there were still Jewish communities, concentrated in Jerusalem, Tyre and Tiberius when the crusaders arrived. In sharp contrast to Western Europe that saw significant attacks on Jewish communities in association with the crusades, there was no systematic persecution of the Jews in the crusader states. On the contrary, although Jews were prohibited from living in the city Jerusalem, other cities, particularly Acre and Tyre, hosted large Jewish communities. There were rabbinical courts in both Acre and Tyre, and Palestine in the crusader period was one of only three contemporary centers for Talmudic studies. There is also anecdotal evidence that Jews continued to pursue respected professions such as medicine, and took part in commercial activities. There is no evidence that they were required to wear distinctive clothing or live in segregated communities, although it is almost certain that like the remaining Muslim population they were subject to additional taxes.

In addition, there was still a large Samaritan population. (Note: Samaritans accept that only the first five books of the Hebrew bible are divinely inspired.) Although many Samaritans had been driven into exile across the Middle East, the center of Samaritan worship and scholarship was located in Nablus, and this was where the largest Samaritan population was concentrated in the crusader era. The Samaritans appear to have flourished under crusader rule and a large number of Torah scrolls produced by the Samaritans have survived, suggesting a flourishing of activities rather than the reverse.

Turning to the Christian population of the crusader states, this was divided theologically into three main groups: Melkites (more commonly but confusingly called Greek Orthodox although many of them did not speak Greek), Jacobites, and Armenian. In addition, there were small pockets of Maronite, Nestorian, Coptic and Ethiopian Christians resident in the Holy Land. The Armenian and Jacobite Christians indisputably made up the vast majority of the population in what was to become the County of Edessa and the Principality of Antioch. In what was to become the County of Tripoli, on the other hand, Maronite Christians were more numerous, but it is no longer clear if they made up an overall majority of the population or not. The Kingdom of Jerusalem appears to have had the most fragmented population with all of the above Christian and Jewish communities present, as well as some Muslims.

The situation is complicated by the fact liturgical and linguistic differences were not conform. While as a rule, Armenian Christians spoke and heard Mass in Armenian, the same cannot be said for Melkite Christians, who might still speak and hear Mass in Greek, but were just as likely to speak and worship in Syriac or Arabic.  Jacobites, Copts and Nestorians appear to have spoken and worshiped predominantly in Syriac and Arabic, but this adds to confusion when dealing with contemporary records since neither the use of Arabic in documents nor Arab-sounding names necessarily denoted Muslims ― a factor that has undoubtedly contributed to earlier exaggerations of the size of the Muslim population under crusader rule.

All these forms of “Orthodox” Christians were viewed with various degrees of skepticism by the Roman Catholic hierarchy. Theologians were very concerned about the ― to layman’s eyes ― microscopic differences in doctrinal interpretation. Some of these Christian sects were considered “heretics,” but most were viewed merely as “schematics” ― by the Church. That said, it is critical to an understanding of crusader rule in the Holy Land to remember that the crusader states were not theocracies run by religious scholars, but secular states run by educated but fundamentally hard-nosed, practical, fighting men.

The feudal elites of the crusader states might have been pious enough to take the cross, but that did not make them masters of theological debate. They had answered the Pope’s call to “liberate” the native Christians from Muslim oppression, and the evidence is quite overwhelming that they did exactly that. Nor did they suddenly start oppressing those Christians themselves. On the contrary, all local Christians, regardless of liturgical rite, were immediately freed of the taxes, humiliations, and indignities imposed on them by Muslim rule.

The rule they “imposed” on the liberated territories, furthermore, borrowed far more from the traditions of the Eastern Roman Empire (Byzantium) than Western Europe. Recent scholarship demonstrates that, contrary to earlier assumptions, the crusader states did not introduce any form of serfdom on the native peasants ― Christian or Muslim.  On the contrary, although agricultural workers were effectively “tied” to the land, they did not owe any of the other feudal dues. Thus they were not required to work the lord’s land, did not have to pay to marry, retained ownership of their homes and moveable goods, and paid sometimes as little as one quarter of the corps to their lord.

Furthermore, for members of the native elites, the situation under the crusader was full of opportunities for advancement and enrichment. The new rulers needed the support of local elites in order to govern. The native elites had opportunities in a wide range of fields from collecting taxes and administering rural communities as “scribes” and “ra’is,” to serving as tax-collectors, harbor-masters, and accountants in the cities. Christopher MacEvitt in his excellent work The Crusades and the Christian World of the East: Rough Tolerance has provided examples of native Christians being land-owners in their own right, and being wealthy enough to make charitable bequests of significant value.  In addition, he claims to have identified native Christians serving as knights and, in one case, even as Marshal of Jerusalem. While earlier historians have assumed that these native Christians “must have” first converted to Latin Christianity, MacEvitt argues that there is no evidence of this whatsoever.

On the contrary, MacEvitt notes that there is ample evidence of the Frankish and native Christian communities intermingling not just in the bazaars and taverns, but on pilgrimage, by sharing churches, by taking part in the same processions, and by using each other’s priests as confessors ― a clear indication that for the average Frank the common belief in Christ outweighed the theological differences that animated church scholars. Riley-Smith notes that native Christian clergy enjoyed the privilege of being exempt from the jurisdiction of secular courts just as much as Latin clergy did. MacEvitt notes that the reason almost all Greek Orthodox patriarchs were replaced by Latin patriarchs is that they had already fled the Holy Land in the face of Muslim persecution before the arrival of the crusades. He notes further that “the crusaders enthroned the Greek patriarch in Antioch in the cathedral, recognizing his authority over Latins and Melkites alike” on their arrival there. (MacEvitt, p. 111.) Adding, “more Melkite bishops could be found throughout Palestine after the crusader conquest than had been there in the previous fifty years.” (MacEvitt, p. 112). The only instance of a Melkite bishop being ousted had to do with power politics (an attempt by the Greek Emperor to impose his authority) not church politics.

When we remember that “turcopoles,” native horseman, made up a significant portion of the feudal army of Jerusalem, we see further evidence of the fact that native Christians were far from oppressed. The fact that they were financially in a position to provide mounted troops underlines the fact that they were affluent and empowered. (Muslim laws prohibited Christians from riding and owning horses.) Perhaps more important, the fact that that native Christian communities consistently provided large numbers of these mounted troops to both offensive and defensive armies led by the Frankish kings and barons shows that far more than just intermingling much less just co-existing, the local Christian population came to identify with the crusader states. Far from longing for a return to Muslim rule ― as so many superficial modern commentators suggest ― many native Christians of Outremer were willing to fight and die for the crusader states.


Liberation or Oppression?  Orthodox Christians in the Crusader Kingdoms