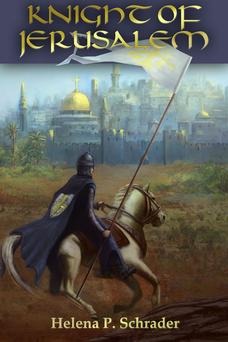 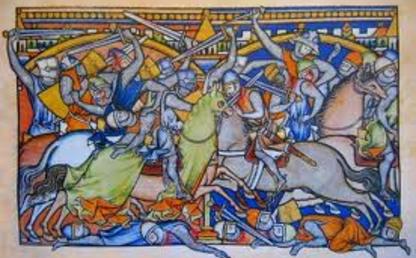 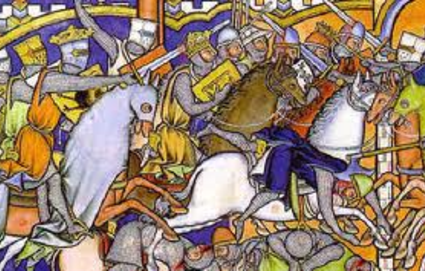 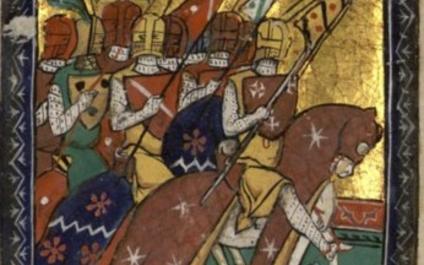 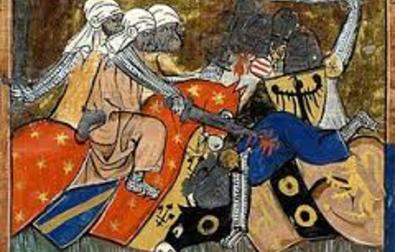 IIn early August 1177, Count Philip of Flanders reached Acre with a large force of Western knights. On the advice of the High Court, Baldwin IV, who was already suffering from leprosy, offered Philip of Flanders the regency of his kingdom, whose armies were preparing yet another invasion of Egypt aided by a large Byzantine fleet. Flanders, however, insisted on being made king of any territories the joint Christian forces conquered. The idea did not sit well with either the King of Jerusalem or the Emperor of the Eastern Roman Empire, both of whom were footing the bill and providing the bulk of the troops for the expedition. The result was that the entire expedition was called off, the Byzantine fleet withdrew and Philip of Flanders took his knights and half the barons of Jerusalem north to attack the Seljuk strongholds of Hama and Harim instead.

Saladin, who had gathered his forces in Egypt to repel the impending attack from Jerusalem, rapidly learned that the invasion of Egypt been called off and that the bulk of Frankish fighting forces had moved north. It was a splendid opportunity to strike at his enemies and the Sultan seized the opportunity with a force estimated at 26,000 light horse — which leaves open the question of whether infantry was with him or not. The force also allegedly included some 1,000 mamluks of the Sultan’s personal bodyguard.

According to an anonymous Christian chronicler from northern Syria, the news of Saladin’s invasion plunged Jerusalem into despair. The king was just 16 years old, had no battle experience of his own, and his most experienced commanders (or many of them) were besieging Hama. The Constable of the Kingdom, the competent and wise Humphrey de Toron II, was gravely ill. But according to Archbishop William of Tyre, Baldwin’s former tutor now his chancellor and our best contemporary source, Baldwin rallied his forces and with just 376 knights made a dash to Ascalon, the southern-most stronghold of his kingdom.

Note: Baldwin personally led his knights to Ascalon and he did so on horseback — not in a litter as some novelists and hobby historians suggest. At this stage, Baldwin’s leprosy manifested itself only in an inability to use his right arm. Despite this handicap he had benefited from special riding instruction as a youth. His biography, Professor Bernard Hamilton writes:

Baldwin, who was effectively one-handed, needed to learn special skills if he intended to fight, because he would have to control his mount in battle with his knees alone. The training he received was clearly first-rate because he remained an excellent rider until he became too ill to mount.

William of Tyre, who had been Baldwin’s tutor before he became king and served him later as his chancellor writes even more compellingly:

He…was more skilled than men who were older than himself incontrolling horses and in riding them at a gallop.

Arriving there only shortly before Saladin himself on November 22, King Baldwin took control of the city, but then hesitated to risk open battle with the Saracens because of the imbalance of forces. Thus, while King Baldwin's dash to Ascalon had been heroic, it appeared to have been less than wise strategically. Saladin had effectively trapped the King and his knights inside Ascalon, and nothing lay between Saladin and Jerusalem except scattered garrisons.

Rather than wasting time besieging a fortified city with a strong defending force, Saladin left a enough of his army behind to maintain the siege of Ascalon and moved off with the bulk of his troops. Indeed, the Sultan and his emirs were so confident of victory that they took time to plunder the rich cities of the coastal plain, notably Ramla and Lydda. In Jerusalem, the terrified population sought refuge in the Citadel of David.

But Baldwin IV was not yet defeated. With the number of Saracen troops surrounding Ascalon dramatically reduced, he risked a sortie. He also got word to the Templars in the fortress of Gaza, and they sortied out to rendezvous with the King. Together this mounted force started to shadow Saladin’s now dispersed and no longer disciplined army. Frankish tactics, however, required a combination of cavalry and infantry, so King Baldwin could not engage the enemy until he had infantry as well. He therefore issued the arrière ban, a general call to arms that obligated every Christian to rally to the royal standard in defense of the realm. The burgesses started streaming to join him.

What happened next is usually depicted as a "miracle" or just "dumb luck." However, Michael Erhlich in a reassessment of the Battle of Montgisard published in Medieval Military History [Vol. XI, 2013, pp. 95-105] argues convincingly that the Franks, in fact, very cleverly lured Saladin into marshy ground, where his superiority of numbers could not come into play. He writes:

The Franks knew the terrain much better than Saladin. Fearing his numerical superiority, they certainly discarded the option to attack him in Ramla because in this case the topography of the area presented many difficulties for them. Their move towards Ibelin indicated that they wanted to fight the Muslim army. Otherwise, they could have taken the safe road to Jerusalem, such as the route via Hebron. Therefore, the fact that they followed Saladin clearly indicated that the Frankish king believed that he could win a battle.

He continues the story:

Baldwin passed near enough to Saladin’s camp in Ramla to persuade Saladin to follow him, but also very near to the mountains where he could escape in case he lost the day…An interesting maneuver was that the Frankish army … did not use the main road [to Jerusalem] but a parallel path which was barely known to strangers.

Baldwin…succeeded in maneuvering Saladin to the place he wanted: a marshy area…[where] numerical superiority became a burden rather than an advantage. It demanded additional efforts to maneuver the trapped army, which fell into total chaos. Led by a local lord, who certainly knew the terrain better than anybody else on the battlefield, the Frankish army managed to defeat the Muslim army, in spite of its initial superiority.

Although the battle was hard-fought and there were Christian casualties, the Sultan’s forces were routed. Not only that, Saladin himself came very close to being killed or captured and allegedly escaped on the back of a pack-camel. Yet for the bulk of his army there was no escape. Those who were not slaughtered immediately on the field, found themselves scattered and virtually defenseless in enemy territory. Although they abandoned their plunder, it was still a long way home — and the rains had set in. Cold, wet, slowed down by the mud, no longer benefiting from the strength of numbers, they were easy prey for the residents and settlers of the Kingdom of Jerusalem. The latter, after the sack of Lydda, Ramla and other lesser places, had good reason to crave revenge. Furthermore, even after escaping Christian territory, the Sultan’s troops still found no refuge because once in the desert the Bedouins took advantage of the situation to enslave as many men as they could catch in order to enrich themselves. Very few men of the Sultan’s army made it home to safety in Egypt.

But to what extend was this really King Baldwin’s victory?

A number of modern historians, basing their assessment on Arab sources, claim that the real commander at Montgisard was Reynald de Chatillon, the Lord of Transjordan. In fact, this is a red herring. Arab sources had absolutely no insight into the Frankish command structure. The most prominent fighter on the battlefield is not necessarily (indeed rarely) the actual commander. Furthermore, because Chatillon was a familiar figure to the Arabs, he was readily recognized; not so the other lords. Most important, Arab chroniclers were at pains to justify Saladin's summary execution of Chatillon ten years later after the Battle of Hattin by making Chatillon into a particularly dangerous enemy of Islam. Making him the mastermind of Montgisard fit this agenda, but it proves nothing about who actually devised the strategy and led the Frankish army to victory at Montgisard.

Ehrlick furthermore stresses that the victory depended on superior knowledge and effective use of the terrain. This, he rightly contends could only have come from local lord — someone who knew not just the main roads but the by-roads and all the little swamps, creeks, forests and hillocks along the way. That was most certainly not Reynald de Chatillon, a Frenchman who had been Prince of Antioch, a prisoner of the Saracens for 15 years, and then became Lord of Transjordan far from this little piece of the kingdom. It was also not King Baldwin. It was undoubtedly the Ibelin brothers. They were fighting near their birthplace and, in Baldwin’s case, within his lordship. In accordance with custom, Baldwin claimed — and received — the right to lead the vanguard in the battle.

Yet, in the end, that does not take away from Baldwin’s right to claim this victory as his own. It was King Baldwin who made the decision to ride to Ascalon with less than 400 knights. It was Baldwin who sortied out of Ascalon to start shadowing Saladin’s army. And it was Baldwin who agreed to the plan of attack proposed by the Lord of Ramla and/or his brother.

As Professor Hamilton stresses, given his incurable and debilitating disease, it would have been legitimate for Baldwin to abdicate all command to a constable, the royal official responsible for commanding the feudal army in the absence of the king. Instead, Baldwin “led his armies in person and took part in the fighting even though he was effectively one-handed, using the skills which his Arab riding-master had taught him.” [Bernard Hamilton, The Leper King and his Heirs: Baldwin IV and the Crusader Kingdom of Jerusalem, Cambridge University Press, 2000, 108.]

The Battle of Montgisard is a major episode, described in detail, in the first book of my Balian d'Ibelin biographical novel, Knight of Jerusalem.

Battle of Montgisard: A Stunning Victory over Saladin