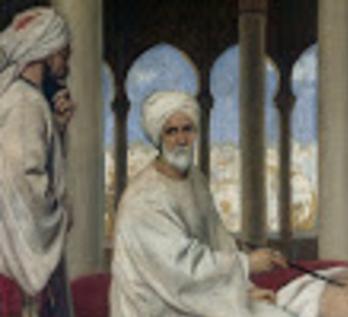 Medical Care in the Crusader States 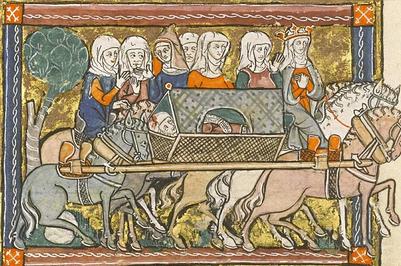 Medical care in the crusader states benefited from close contact with the Eastern Roman Empire (Byzantium) and the Muslim world, not only with respect to the development of hospitals but also with respect to innovative treatment, licensing and malpractice legislation. Furthermore, contrary to conventional wisdom, the standard of treatment was remarkably sophisticated and included highly complex procedures from hernia and cataract operations to (limited) brain surgery.  Perhaps most surprising of all, innovation was not a one-way-street, but in some instances Western medical practitioners were ahead of their Arab and Greek contemporaries. Below is a short summary of highlights I gleaned from Piers D. Mitchell’s seminal work Medicine in the Crusades: Warfare, Wounds and the Medieval Surgeon. Piers D. Mitchell is an osteoarchaeologist.

The crusades to the Holy Land were “armed pilgrimages” or military campaigns to regain control of the land in which Christ had lived and died; as such they resulted in very large numbers of battlefield casualties.  Indeed, based on available records Mitchell calculates that between 15 and 20 % of knights on crusade died in battle or as a result of wounds obtained there; the proportion of foot soldiers lost due to military engagement was probably higher.  Nevertheless and surprisingly for modern readers, very many more survived their wounds due to competent medical treatment.

In the 12 and 13th centuries, the weapons employed produced first and foremost puncture wounds (from arrows, lances and swords), followed by cuts/amputations caused by swords and axes, fractures/crushed bones caused by maces and stones thrown from siege engines, and, last but not least burns from Greek fire, boiling pitch and water. The fundamental treatment for each of these kinds of wounds does not differ significantly from what is recommended today.

Medieval medical practitioners and soldiers, for example, understood the essential fact that a man can bleed to death. When treating puncture wounds, stopping hemorrhaging was, then as now, the primary concern. The difference between arteries and veins was likewise understood, and the need to stop arterial bleeding as rapidly as possible recognized. The use of tourniquet and precise cauterizing were both known, and surgeons were expected to be able to close off arterial bleeding with their fingers long enough to apply a cautery.  Not only is the procedure for this carefully described in medical texts of the period, there are numerous recorded instances of men surviving this treatment and recovering so completely that they could fight again without impediment.

While amputations were likewise cauterized and cuts bound, or if necessary, sewn back together, arrows presented additional problems. Although it would have been rare for an arrow to hit an artery, the arrow itself often remained in the wound and the need to remove it was paramount. But many arrows were designed to do more damage if pulled backwards (out the way they went in) by the addition of barbs or the shape of the arrow head itself.  Medieval surgeons therefore had the option of pushing it through the injured man and out the other side, or waiting for the wound to putrefy and the surrounding tissue to become soft enough to make it easier to remove.  Horrible as this sounds, the fact that many knights are described fighting with multiple arrows stuck into their armor suggests that it may have been comparatively rare for an arrow to become so deeply embedded that it was life-threatening ― without killing outright as in the case of arrows to the throat, eyes, armpits etc.

In the case of broken bones, the need to set bones to ensure they mended straight and functional was likewise recognized. Bones were held in place by splints, bandaging or plaster ― or a combination thereof. In the case of burns, the primary concern was to prevent blisters from forming and the wound from completely drying. Moist cooling of the wound was thus the recommended treatment, whether by means of placing the affected limb in a bowl of liquid, applying wet compresses soaked in herbs or the application of ointments.

Surprisingly (at least for me), the use of anesthetics during operations or the treatment of wounds was common.  An anesthetic was given to the patient either in a drink (usually wine) or placed on a sponge that was then held to his/her nose. Mitchell notes that the various plants recommended for preparing anesthetics (e.g. henbane, hemlock, poppy, deadly nightshade, mandragora root and lettuce seed to name a few) have been demonstrated to have pain-killing and or sedative effects. He hypothesizes that “cocktails” combining several of the recommended ingredients could have been very potent ― and dangerous if the dose was miscalculated or the extracts improperly prepared. Patients in the crusader states were lucky to have ready access to one of the most effective narcotics known to man: opium. Mitchell writes that there is evidence of its use for medicinal (rather than recreational) purposes by the Franks in the crusader states.

While the fatal danger of infection was widely recognized and feared, the cause was not understood. As a result, some medieval medical practices contributed to infection. Once infection occurred, however, medieval doctors attempted to cure it. The successful use of vinegar, which has strong antiseptic properties, is recorded in treating festering wounds and severe burns, for example. Medieval doctors also understood the need to drain festering wounds.  Mitchell notes no significant differences between crusader treatment for infection that standard practice elsewhere.

The notion of licensing medical practitioners, on the other hand, appears to have been inspired by a widespread Muslim practice in this period. Significantly, it is recorded in the crusader states at a time when it was unknown in the West. In the Kingdom of Jerusalem, all medical practitioners, regardless of their place of origin, religion, or culture, were required to undergo an examination by a local board of experts in order to practice in a given locality. The board of examiners was composed of the most respected physicians already in residence, and they conducted the exam under the supervision of the local bishop ― not because the bishop was deemed a medical expert, but rather to provide a neutral chairman/mediator. Somewhat cumbersome about the procedure was that the license was only valid for the city in which it was issued, making it difficult for a doctor to be itinerant. Nevertheless, the practice did provide a degree of protection against charlatans and quacks. It also ensured that among licensed practitioners a comparatively high standard of medical knowledge was expected.

The laws of the Kingdom of Jerusalem laid out clear penalties for “malpractice.”  A series of statutes in the Assises of Jerusalem stipulated which medical procedures ought to be applied in specific instances, and held a physician accountable if he failed to use these methods and the patient suffered permanent damage or death. These Frankish laws represent a radical new principle for the Christian West: namely that a doctor could be held accountable for the effects of his treatment ― and also for negligence or failure to treat a patient properly. Punishments for malpractice included beating, expulsion, amputation of the right thumb (effectively preventing future practice) and hanging. Another interesting feature of these laws is that some diseases, those deemed incurable, were exempt.  Likewise, the failure of a patient to follow the doctor’s instructions absolved the doctor of guilt.  Based on the description of these standard practices, Mitchell concludes that “a surprisingly high standard of theoretical knowledge and practical skills was expected of medical practitioners [in the crusader states].” (p. 231.)