This battle is an episode in:

The Knights Templar at the Battle on the Litani 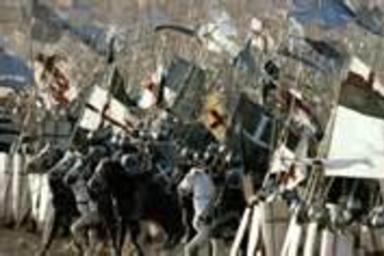 in "The Kingdom of Heaven"

In the winter of 1178/79 the rains failed. By the summer of 1179 a severe drought gripped the Levant, ignoring the political divide and destroying crops and livestock in Muslim and Christian territory alike.  Against this backdrop, a large Saracen force crossed the River Jordan and started raiding deep in Frankish territory in May 1179.  This force laid waste to Frankish towns and villages and captured livestock that could be driven back to Saracen territory to replenish herds that had died in the drought.  Significantly, the Saracen forces consisted entirely of cavalry and were commanded by Farukh Shah, a nephew of Salah ad-Din and one of his most effective subordinate commanders, and the Sultan himself. Thus despite the economic component of capturing livestock, the raid was more like a “reconnaissance in force” (similar to the raid of 1187 that led to the disaster at the Springs of Cresson) than a simple “cattle rustling” operation.

The Frankish response was decisive. King Baldwin IV, now aged 18, rapidly mustered a powerful cavalry force of his own. This included not only his most important baron, Raymond, Count of Tripoli, as well as Baldwin, Lord of Ramla and Mirabel, but also the Templars under their Grand Master, Odo de St. Amand.  The King led in person riding as he had at Montgisard despite being handicapped in the use of his hands by leprosy.

On June 10, the Frankish army surprised Farukh Shah’s division while it was herding captured livestock through the valley between the Litani River and the Upper Jordan. While the Templars, who were in the vanguard, continued toward the Jordan, the King attacked with the secular forces of Tripoli and other barons of the Kingdom.  The Frankish surprised the Saracens, driving them back across the Litani and possibly taking Farukh Shah himself captive temporarily.

However, the Templars pressing ahead toward the Jordan spotted Salah ad-Din’s much the larger, main force.  Rather than falling back to regroup with the rest of the Frankish army or sending word and summoning the King to bring up reinforcements, the Templar Grand Master, Odo de St. Amand, ordered an attack against the numerically superior Saracen forces.

While it is unclear what effect the initial Templar charge had on their enemy, the Saracens soon turned the tables. The surviving Templars broke and fled back toward the main feudal army around the King.

At this point in time, however, the feudal army was already scattered across the valley floor “mopping up” after their successful action against Farukh Shah. They were in no position to form a cohesive force. Salah ad-Din’s cavalry, hot on the heels of the Templars, fell upon the dispersed Christian forces, killing and capturing large numbers of Christian knights and nobles, including Baron Baldwin of Ramla and Mirabel, Hugh of Tiberius, and, according to Arab sources, some 270 knights and nobles altogether.

The King’s household managed to rally around Baldwin IV. They extricated him from the field with help of reinforcements from Reginald of Sidon. This was, of course, vital, as his capture would have had even more serious consequences than the other losses incurred.

But his escape was a very near thing. Baldwin was unhorsed during the — evidently heated — engagement, but because his leprosy had lamed his arms he was unable to remount. The King had to be carried off the field on the back of a Frankish knight. The eighteen-year-old king, who just two years earlier had led his chivalry to a stunning victory over Salah ad-Din at Montgisard, was now forced to face the fact that he could no longer command his armies from horseback. In a society in which the mounted warrior, the knight, was the incarnation of manly virtue and prowess, it must have broken Baldwin’s heart.  Not that he surrendered to his disability entirely: in the future he would lead his armies from a litter.

Meanwhile, among the captives was the Templar Grand Master, Odo St. Amand.  Unlike his successor Gerard de Rideford, St. Amand had the courage and honor to refuse ransom in accordance with the Templar Rule. He died miserably in a Saracen dungeon. Yet honorable and correct as his stance was it tragically paved the way, indirectly, for the election of the disastrous and unscrupulous Gerard de Rideford.

The Templars had increased their reputation as fearless fighters willing to take on any odds.  This reputation may have enhanced their prestige among potential young recruits from the feudal class, particularly in the West.  Yet it also cost them credibility among more prudent leaders.

William of Tyre undoubtedly expressed the opinion of a wide segment of the elite in Outremer in blaming the Templars for the defeat on the Litani. The reasoning was simple: if the Templars had not attacked independently, the Frankish forces might well have finished off Farukh-Shah and then, as a combined force, put Salah ad-Din to flight too. The criticism would be particularly valid if the Templars had been ordered to provide the attacking main force with reconnaissance of Salah ad-Din’s whereabouts and/or serve as a shield to prevent him from falling on the King’s flank or rear while he engaged Farukh-Shah. However, we don’t know what orders, if any, were given to St. Amand, and so should reserve judgement. Ultimately, the battle was not decisive, and the secular captives were ransomed to live and fight another day. 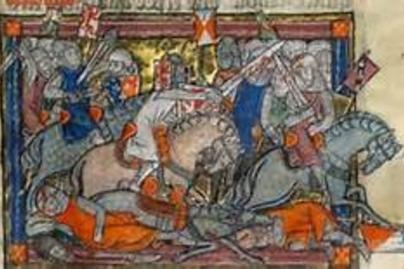 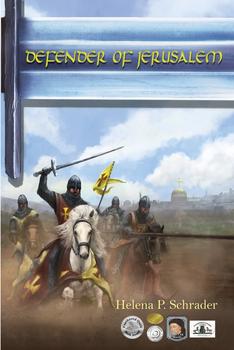