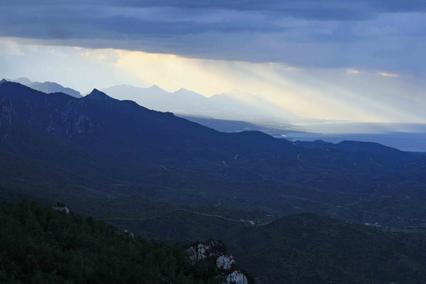 In the aftermath of the Templars.... 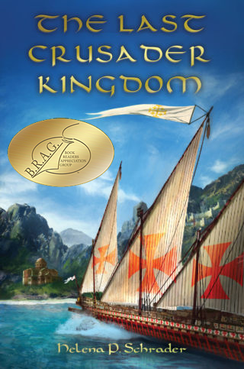 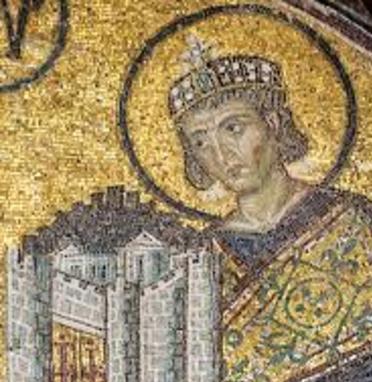 In the summer of 1191 Richard I of England, cognizant of his inability to govern Cyprus, made the strategic decision to sell the island to the Knights Templar. It was a wise decision because he was fully engaged in a struggle to regain the Holy Land itself and also had a vast empire back in Europe that would inevitably require his attention sooner or later. By selling Cyprus to the Knights Templar for 100,000 gold bezants, Richard not only replenished his war-chest to ensure adequate resources for the task at hand (the war against Saladin for the Holy Land), he also ensured that the strategically critical island of Cyprus was in the hands of Christians fanatically devoted to the cause of securing and defending Christian control of Holy Land in the long run. It seemed like a perfect solution.

Professor Malcolm Barber in one of the best books on the Knights Templar ever written (The New Knighthood: A History of the Order of the Temple, Cambridge University Press, 1994), notes that this was an opportunity for the Order to “establish their own independent state,” something later achieved by the Teutonic Knights in Prussia and the Hospitallers on Rhodes/Malta. It goes without saying, that had the Knights Templar controlled Cyprus from this date onward, they would have concentrated their treasure and forces there and so have been better positioned to withstand Philip IV’s attack on them in 1307. Cyprus is an island encompassing nearly 10,000 square kilometers of mostly fertile land including extensive forests. It has ample water resources, significant mineral deposits, notably copper, and a mild Mediterranean climate. It is located 65 km south of modern Turkey and 95 kilometers from the Syrian coast. Given its wealth and location, it the Templars had established themselves here in a sustainable manner the Order might still exist today.

However, far from establishing a strong, independent state, the Knights Templar returned the island to Richard of England less than a year after they had purchased it. Barber explains their failure with the fact that “the project proved too ambitious,” (p. 119) while another historian of the Templars, John Robinson (Dungeon, Fire and Sword: The Knights Templar in the Crusades, Michael O’Mara Books, 1991) noted that the Templars “totally committed to an active military campaign [on the mainland], could spare only a few men….” (p. 187). All sources agree based on common primary sources that the Templars committed only 14 to 20 knights, while George Hill (A History of Cyprus, Volume 2: The Frankish Period 1192 – 1432, Cambridge University Press, 1948) adds that the knights were supported by 20 sergeants and 74 infantry. But the Templars didn’t just give up; they were driven from the island by a rebellion.

Given the fact that Richard of England had taken the island so rapidly in May 1191 (see Conquest of Cyprus I and II) largely because of widespread support from the population, an uprising against Templar rule was anything but inevitable.  Although Richard appropriated for himself half the royal revenues of the island, along with all the personal treasure taken from the self-styled “Emperor” Isaac Comnenus, who was widely viewed as a “tyrant” if not also an “usurper,” the Plantagenet's regime was not viewed as “oppressive” ― at least not in the very brief period he spent on the island. This may have been because he had promised a restoration of the laws as they had been under the Byzantine Emperor Manuel I Comnenus.

It is possible that after the euphoria of defeating “the tyrant” had worn off, the inhabitants of Cyprus began to resent foreign domination. The population was overwhelmingly Greek Orthodox by faith, and had been part of the Byzantine Empire for since 330 AD, with only sporadic periods of Muslim rule. An indication of possible popular disaffection is the fact that, at least according Hill, there was one uprising against Richard’s administration by a Greek monk, related to the deposed tyrant.

However, it appears that Richard’s men (and only two knights are ever listed as being left on the island by him, Richard de Camville and Robert de Thornham) were able to put this rebellion down very easily, hanging the pretender, without any losses or apparent bloodshed. This rather suggests that the pretender had virtually no support. This is hardly surprising when we consider that Richard’s two knightly administrators would hardly have been in a position to institute any widespread changes in the laws and taxes of the island, but rather had been tasked to restore the laws of widely respected Manuel I.  Since Camville and Thornham could hardly have known what these Byzantine laws entailed, they would have been compelled to depend upon the existing bureaucracy to collect traditional taxes owed the monarch. In short, from the point of view of the population of Cyprus, Richard the Lionheart’s rule was a restoration to the period of good governance that had preceded the usurpation by the tyrant Isaac Comnenus and there was truly little to rebel against.

That was not the case under the Templars. On the contrary, when rebellion broke out on April 5, 1192 it was apparently supported by such a large number of people that the most effective fighting force in the Holy Land, famous for their discipline in attack and retreat and for overwhelming the best professional soldiers of Islam, took refuge from the angry mob in their commandery in the city of Nicosia. Furthermore, an offer to surrender the entire island in exchange safe conduct to a port, was rejected by the mob. This strongly indicates that the Templars were not just unwelcome ― they were hated.

Clearly something had changed. So what exactly had they done?

Barber suggests the Templars “alienat[ed] the population with their heavy taxation and arbitrary rule.” (p.119). Robinson is more colorful (as usual) saying: “Their arrogance in taking whatever they wanted, and their insulting treatment of the local barons and people, had generated increasing animosity….” (p. 191.) Hill argues that the Templars imposed fresh dues on the markets, in addition to the existing taxes, in order to pay the balance of the 100,000 bezants still owed to Richard of England. But people have a tendency to find ways to evade taxes, especially when the tax-collectors are in cahoots with the taxpayers as would have been the case here, given the small size of the Templar garrison and the continued need to rely on the existing bureaucracy.

Turning to one of the most credible primary sources, one based in part on the contemporary chronicle by a resident in Outremer, The Old French Continuation of William of Tyre, (Peter Edbury’s translation published by Ashgate as The Conquest of Jerusalem and the Third Crusade), we find a far more graphic and compelling reason for a revolt. Namely: “[The Templars] thought they could govern the people of the island in the same way they treated the rural population in the land of Jerusalem. They thought they could ill-treat, beat and misuse them….” In short, the Templars attempted to impose new taxes not traditional to the period of Manuel I (and so representing a breach of Richard’s promise), and more important treated the Greek Orthodox population (and one suspects their priests) as if they were Muslim peasants.

What happened next has unfortunately become very distorted in some modern accounts. While sober accounts like that of Barber refer only to a “desperate charge” to free the Templars trapped in Nicosia, Robinson adds that they engaged in a “fierce attack on the local population.” Hill, an otherwise serious historian, indulges in a dramatic account, claiming:

On Easter Sunday morning, therefore, having heard mass, they sallied forth, completely surprising the Greeks, who had never suspected so small a force of so audacious an enterprise. The Latins slew the Greeks indiscriminately like sheep; the mounted Templars rode through the town spitting on their lances everyone they could reach; the streets ran with blood….The Templars rode through the land, sacking the villages and spreading desolation, for the population of both cities and villages fled to the mountains. (Hill, p. 37)

Really? With 14 knights and 29 sergeants? Against a population that had successfully hemmed them into their commandery in the first place? And then, despite this complete and utter victory they gave the island up? Obviously not. This is sheer hyperbole, and significantly Hill does not provide a single source for his dramatic and exaggerated account. It appears more a device to set up the island as ripe for the arrival of Guy de Lusignan.

Turning instead to The French Continuation of William of Tyre we find an account that without whitewashing or minimizing the violence of the Templars nevertheless keeps things in perspective. Namely:

When Brother Reynald Bochard who was their commander and the brothers realized that the Greeks would have no mercy, they commended themselves to God and were confessed and absolved. Then they armed themselves and went out against the Greeks and fought them. God by His providence gave the victory to the Templars, and many Greeks were killed or taken. They immediately came to Acre and explained what had happened to the master and convent. They took counsel among themselves and agreed that they could no longer island as their property, but…would return it to King Richard in exchange for the security that they had given him.

This account makes clear that the Templar sortie was a hard-fought battle (not a slaughter of “sheep”), and while the Templars managed to cut their way out at considerable cost to the Greeks, they headed straight for the coast to take ship for Acre and wash their hands of the entire island! The Templars did not leave behind a “desolated” and depopulated island, with the inhabitants cowering in the mountains. They left behind an island in the hands of the local elites. This is a very significant point and one to keep in mind when examining the establishment of Frankish rule on Cyprus under the Lusignans.

However, there is also an element of tragedy in this short episode in the history of the Knights Templar. Had they handled the situation in Cyprus better, the Knights Templar would not have been vulnerable to King Philip IV's machinations just over a century later.  Although Templars might have been arrested  and properties confiscated in France, the Order itself would have survived -- just as the Hospitallers did from their independent bases of Rhodes and then Malta -- to decay at its own pace. The nonsensical conspiracy stories and allegations of heresy etc. would never have taken root, and, who knows, perhaps the Templars would have proved  a stronger bastion against the Ottomans.