The Knights Templar and the Fall of Acre 1291 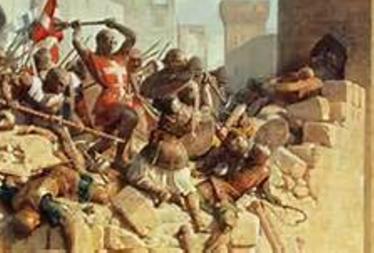 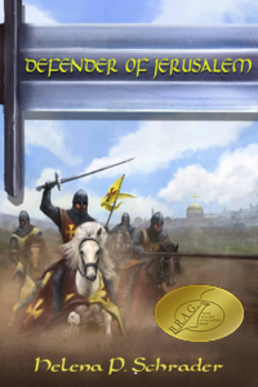 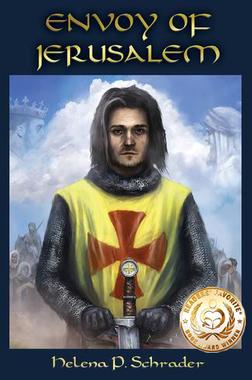 With the brutal murder of the Ayyubid Sultan Turan-Shah before the eyes of the crusaders in 1250, a new regime came to power in Egypt: the Mamlukes. These slave-soldiers, long known for their fanatical loyalty to their masters, introduced a brutal regime (still remembered with hatred in Egypt today). Soldiers by profession, they lacked the education and appreciation for science, scholarship, theology and literature that had characterized earlier dynasties. The successive Sultans knew they had to keep their own slave-soldiers from repeating their own example (of murdering the Sultan and taking power) produced a need to offer regular opportunities for plunder and slaves.

The Mongol invasion of 1256 first eliminated the Assassins and then in 1258 took Bagdhad, instituting an unprecedented slaughter of all the inhabitants. By 1260, the Mongols had destroyed the remaining Ayyibids in Syria, but the Mamlukes managed to decisively defeat the Mongols at the Battle of Ayn Jalut in 1260 at Ayn Jalut. This victory gave them control of all of Saladin's former empire, although power remained centralized in Egypt. With the Mongol threat banished, the Mamlukes turned their attention to the elimination of the Frankish states -- less out of religious devotion (jihad) than greed.

Under the Mamluke Sultan Baibars the onslaught began. In 1265, Baibars captured Caesarea and Haifa. The following year, the first assault on Acre was defeated, but at very high cost. In 1268 Jaffa and then the mighty Christian city of Antioch fell to the Mamlukes. In 1271, the Hospitallers lost their mightiest fortress, Krak de Chevaliers, and the Templars lost Safita. Each time, the defeated, whether they had offered terms or not, were slaughtered (if an adult male) or enslaved (if female or underage). The brutality of the conquering troops appalled the contemporary world.

St. Louis' last crusade, although it stalled in Tunis due to the King's death of dysentery, temporarily diverted Baibar's attention, and the arrival of Edward of England with a strong force in Acre induced Baibars to sign a ten year truce.  Edward provided funds to help fortify the defenses of Acre before returning to England to take up the English crown as Edward I. Notably, he financed the refurbishing of the tower that came to be called

Baibars died during the truce in 1277, and by now the Mongol threat was so great that his successor Kalaun (also spelled Qalawun and Kalavun) renewed the truce for another ten years. After defeating the Mongols, however Kalaun felt strong enough to turn his attention back to the Franks. In 1289, despite the truce, he attacked and took the city of Tripoli, instituting slaughter and destruction on a scale comparable to the Mongols. Tragically, the Templar Master William de Beaujeu, had received a message from a Muslim friend, Emir al-Fakhri, warning that Tripoli was about to be attacked. He had sent the warning onto Tripoli -- but had not been believed.

The next year, with the truce still allegedly in effect,  newly arrived crusaders killed some Muslims in Acre in a general fight. Kalaun immediately demanded "reparations."  Beaujeu proposed that the city empty its jails of men already condemned to death and send them to the Sultan; the city rejected his proposal indignantly.  Kalaun responded by mobilizing his army while assuring the Franks it was being raised to attack enemies in Africa. Again, Beaujeu heard from al-Fakhri that the real target was Acre and he again warned the citizens, and, according to some sources but not all, suggested the citizens pay a ransom to buy off Kalaun. Again, they refused.

In November 1290 Kalaun died, but his son al-Ashraf was only more determined to destroy the Christian footholds in the Levant. He was not even prepared to talk, throwing all emissaries, including Templars, in prison. In March 1291, al-Ashraf announced his intention to "avenge all wrongs done" in a letter to Master de Beaujeu, and on April 5 his army took up its position around Acre.

Acre had long been the economic heart of the crusader states. It had a natural harbor that had been improved upon with break-waters and it was a busy port for all goods transiting from the Europe to the Orient. It was home to all the Italian merchant communities and the three militant orders.

The Mamluke army has been estimated at 60,000 horse and 160,000 infantry (Howarth, p. 226.) While the numbers seem incredible, the reality was that the force was more than sufficient to doom the city. That much was obvious.  Particularly since the Mamlukes also brought up numerous siege engines and, of course, had engineers capable of undermining the walls.

The Genoese, who had negotiated a separate peace with the Sultan, evacuated the city at once and with them went the women, children and infirm of those who could afford to pay the passage to Cyprus.  But the fighting men of this last remaining remnant of the once proud Kingdom of Jerusalem remained. So did the the Venetians and Pisans, and, of course, the Knights Templar and Knights Hospitaller, both under the command of their respective Masters. The total forces available to the Franks have been estimated at 600-700 knights and 13,000 infantry including crusaders still in the city. (Edbury, p. 99)

The Knights Templar and Hospitaller took over the defense of the most vulnerable salient of the city: the northern walls around the suburb of Montmusard, the Hospitallers beside them. The assaults began at once, supported by the siege engines that both hammered the walls to shake them to their foundations and sent death and fire over them into the city.

On the night of April 14-15, Masater William de Beaujeu personally led a Templar sortie against the Mamluke camp by moonlight.  Although initially successful, the horses were tripped-up by the tent-ropes and 18 knights were killed. The Hospitallers attempted a similar sortie days later when there was no moon, but with no better results. Thereafter, the defenders made not further sorties and conducted a purely defensive battle.

On May 4, Henry II, King of Cyprus and Jersualem, arrived from Cyprus with between 100 and 200 knights (probably the entire chivalry of Cyprus) and at most 500 infantry (Edbury, p. 99.) Clearly these forces were insufficient to alter the balance of forces. Furthermore, by now the walls were beginning to crack, while mines were being driven under them. King Henry wisely tried to negotiate, and sent to envoys to the Sultan. They were sent back with a negative reply.

On May 18, the "Accursed Tower" located at an angle of the wall collapsed from being undermined. The defenders had to abandon the large outer suburb of Montmusard and retreat behind the walls of the old city. Soon, however, the Muslims had forced their way into the streets of the city and now the fighting was hand-to-hand. Pisans and Venetians, Templars and Hospitallers, bitter rivals in both cases, fought side-by-side "centuries of rivalry suddenly effaced." (Howarth, p. 227)

It was not until this phase of the fighting that the Master of the Hospital was wounded and -- protesting that he could still fight -- was carried to a Hospitaller ship in the harbor.  King Henry II likewise retreated to his ships with the bulk of his nobles, and withdrew to his other (stronger and more prosperous) kingdom: Cyprus. The English crusaders commanded by Otto de Grandson also broke at this point and fled. The Patriarch of Jerusalem, who had remained with the defenders until this point, likewise tried to depart but as he was rowed out to a galley, he allowed so many swimmers to climb aboard his boat that it capsized and sank.

William de Beaujeu, Master of the Temple, was wounded in the armpit while trying to defend a breach in the walls. As he fell back, defenders still fighting begged him He answered: I'm not retreating, I'm dying. Two of his knights carried him on a shield to the "For God's sake, Lord, do not abandon us or the city is lost!" To which Beaujeu replied: "I am not fleeing, I am hurt to death -- see the wound." (Pernoud, p. 83). Two of his brothers carried him on a shield to the Temple, where he died.

Meanwhile, with so many men fleeing, the defense collapsed completely, and the Muslims flooded into the city. They slaughtered anyone they could lay hands on, including many still on quays desperately trying to escape.  Others, civilians and fighting men both, fled behind the walls of the Temple itself.  The mighty Templar headquarters was located in the southwest corner of the city wall, backed up against the sea on the south and west.

We have no estimate of how many people were trapped inside the Templar fortress at Acre by nightfall of May 18, but it must have been hundreds and more likely more than a thousand. For five days they remained there while around them the Muslims looted, burned and slaughtered.

On May 25, Peter de Sevrey, Marshal of the Temple and the senior officer in Acre, negotiated the surrender of the Temple at Acre on honorable terms. All those within, women and children as well as fighting men, were to be allowed to depart in exchange for the surrender of the fortress without resistance. The gates were opened and an emir with roughly 100  men entered to take control of the fortress and raise the Sultan's banner. However, either the emir did not have control of his troops or the Muslims believed the surrender terms had only applied to the fighting men. In any case, they began to sexually molest the women and children. The Templars, still armed, reacted without outrage killing all the Saracens within their headquarters and -- knowing they now had no hope of surrender -- raising the black-and-white Beacent defiantly over the ramparts once more.

That same night, Peter de Sevrey ordered the Commander of the Temple, Tibald Gaudin to sail for Sidon from the sea gate with the "treasure" and as many civilians as could be bordered on the available boats. As the Templar headquarters had a water gate but no harbor as such, this could not have been more than a few score of people crammed in long-boats that could be pulled up inside the building itself. As for the "treasure," this may have included any cash on hand, but was far more likely Templar archives and records, and above all any holy relics from the chapel.

At dawn the next day, the Sultan sent for Peter de Sevrey, allegedly to renew the offer.  The Templar Marshal, foolishly or defiantly, went out to meet his fate. He was beheaded within sight of those still behind the walls of the Temple. On May 28, the eastern wall of the Temple collapsed after being undermined. Thousands of Saracens rushed into the breech to slaughter the remaining Franks -- Templars, other fighting men and civilians -- but the "timbers supporting the mine could not take their weight -- and with a thundrous roar, the entire Temple of Acre collapsed, and crushed all within it." (Howarth, p. 229.)

The last Frankish city in the Holy Land, Beirut, surrendered without a fight on May 31. The remaining Templar properties in the Holy Land, Sidon, Tortosa and Castle Pilgrim (Athlit) , were evacuated on July 14, August 3 and 14th respectively. Unlike 1187, the Mamluke victory of 1291 was complete and absolute. There was not a foothold to which crusaders from the West might have returned, and, unlike the defeat of 1187, the loss of the Holy Land did not awaken a new crusade. The crusading spirit had died.

And the Templars had just lost their very reason for existence.

Barber, Malcolm. The New Knighthood: A History of the Order of the Temple. Cambridge University Press, 1994.
Edbury, Peter. The Kingdom of Cyprus and the Crusades, 1191-1374. Cambridge University Press, 1991.
Howarth, Stephen. The Knights Templar. Barnes and Noble, 1982.
Pernoud, Regine. The Templars: Knights of Christ. Ignatius, 2009.
Robinson, John J. Dungeon, Fire and Sword: The Knights Templar in the Crusades. Michael O'Mara Books, 1991. 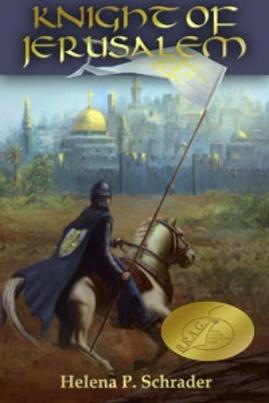