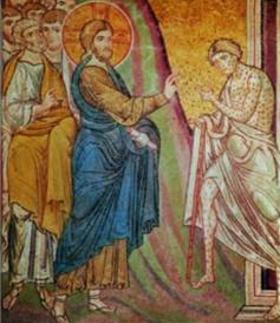 The Forgotten Military Order: The Knights of St. Lazarus

The most famous of the “fighting orders” or militant orders were, of course, the Knights Templar, and the Knights Hospitaller (Knights of St. John), two orders founded in the Holy Land and, for their age, truly international in character. Although not powerful and largely forgotten, there was a third military order also founded in the Holy Land, the Order of St. Lazarus.

About this time the Order also started to expand, eventually having houses in Tiberias, Ascalon, Acre, Caesarea, Beirut, and possibly other cities as well. Furthermore, it began to have military brethren, whose role was primarily the defense of the leper hospitals. These military men were most likely former Templars and Hospitallers who had contracted leprosy because we know that both the Templar and Hospitaller Rules required members with leprosy to join the Order of St. Lazarus.

Possibly some knights and sergeants joined St. Lazarus without being lepers, however, because there are recorded incidents of the Order of St. Lazarus taking part in military operations – possibly at the Battle of Hattin; certainly at the Battle of Gaza in 1244, at Ramla in 1253, and during the defense of Acre in 1291.

After the fall of Acre, the Order of St. Lazarus moved its headquarters to Cyprus, abandoned all military activities, and thereafter concentrated on its mission of providing comfort and care for the victims of leprosy until the mid-14th century.