This incident is described in "Envoy of Jerusalem."

In early June 1189, the survivors of the catastrophe at Hattin — with the architect of that disaster conspicuously absent — took to the field in an offensive operation to re-take the lost Christian territory of Sidon. The German crusade under Friedrich Barbarossa had just set out, but was more than a year away from reaching the Holy Land — even if all had gone well. Henry II of England was fighting with Philip II of France (and his son Richard), and neither king was preparing for a crusade at all. Guy de Lusignan was in Antioch after swearing an oath never to take up arms against the Saracens again. Saladin, on the other hand, was not only in complete control of all the cities of the former Kingdom of Jerusalem except Tyre, he had recently taken the defiant Christian castles of Safed, Belvoir, Montreal and Kerak. Taking the offensive at this time was therefore a remarkable demonstration of defiance and spirit on the part of the men concentrated in Tyre.

Unfortunately, we know very little about this operation. The leadership is unnamed in surviving sources, but was almost certainly Reginald de Sidon and Balian d’Ibelin. Both barons had fought their way off the field at Hattin and been engaged in military operations since: Sidon in a futile attempt to defend his inland castle of Belfort (sometimes called Beaufort), and Ibelin at Jerusalem. Not only were both barons in Tyre at this time, but both had an interest in recapturing the important coastal city of Sidon. The Lord of Sidon obviously wanted his barony back, while Ibelin had betrothed his eldest daughter to Sidon, so that he too had a vested interest in the return of Sidon to his furture son-in-law’s control. While it is possible that Conrad de Montferrat also took part in the expedition, there is no mention of this, and he had little reason to undertake an adventure of this sort. A bird in the hand, as the saying goes, is worth two in the bush and Tyre was his; to take part in the expedition was to risk losing his grip on Tyre (or his life) for an objective that would fall to another, namely the Lord of Sidon.

As for the troops involved, although individual crusaders were starting to trickle into Tyre, no large contingents had yet arrived.  Therefore, the men who set out to re-take Sidon on June 3, 1189 were almost certainly men from Outremer for the most part, mostly survivors of Hattin. The bulk of these men would have been the Turcopoles and sergeants that broke out of the encirclement at Hattin with Sidon and Ibelin. They would have been cooped up in Tyre almost two years, and would have survived two sieges from Saladin since. The remainder would have been the remnants of the garrisons of other Christian cities, who had been given a safe-conduct to Tyre in exchange for surrendering the cities they had been left to guard. Most of these men would have left families behind in the now-lost cities, towns and villages of the Kingdom of Jerusalem. Most would have had no knowledge of what had become of their wives and children.

While Sidon and Ibelin’s personal interest in Sidon may have inspired them to action, the operation was far from a personal or selfish one. It had the clear strategic goal of extending Frankish control in the direction of the remaining remnants of the other two crusader states: the County of Tripoli and the Principality of Antioch. The capture of Sidon would have been a first step toward the re-capture of Beirut, and the re-establishment of contiguous Frankish control of the coastline of the northern Levant. In addition, the territory between Tyre and Sidon is very fertile and firm Frankish control of the cities at both ends would have enabled cultivation of the coastal plane, something vitally important to support the population of Tyre, which was flooded with refuges from the rest of the kingdom.

Last but not least, Sidon had been a major ship-building port for centuries.  The survivors of Hattin were more dependent on communication and trade with the Western world than ever before. Having a native ship-building industry would have been an important asset.

In short, the assault on Sidon makes more strategic sense than the siege of Acre which Guy de Lusignan started a few months later.  To be sure, Acre was the larger, better and more prosperous port. Lusignan may have been motivated by the desire to reward his followers with various monopolies and “money fiefs” after taking Acre. Yet re-establishing solid lines of communication and supply to Tripoli and Antioch is a much more compelling military argument for the assault on Sidon. Notably, Richard the Lionheart planned a similar attempt after it became clear that Jerusalem and Cairo were beyond his grasp.

Due to the paucity of sources, we know almost nothing about the course of the campaign beyond the fact that ten days later the Frankish forces were back in Tyre having been forced to withdraw. That is notably not the same thing as being routed or chased back to Tyre with their tails between their legs. There is no indication of significant casualties; certainly Sidon and Ibelin were healthy and hearty on their return based on their continued activities. All of this sounds suspiciously as if the Franks did not engage in a battle at all, but rather prudently withdrew when confronted with overwhelming (or at any rate insurmountable) opposition.

Because of the lack of either success or spectacular failure, the incident has been all but forgotten. Yet it deserves remembering because it is poignant evidence of the fighting spirit of the men of Outremer.  Later crusaders were all to ready to report about their own courageous feats at arms, belittling the prowess, courage and, indeed, manliness, of the natives of Outremer. The legend arouse of the weak, effeminate, decadent “poulains” (Franks born in the crusader states) and the heroic crusaders. It is a legend we should not to perpetuate, as the evidence points to the opposite: the “poulains” were fierce and canny fighting men, more than ready and willing to fight for their homeland. They simply tempered that valor with discretion learned from being perpetually outnumbered by their foes. 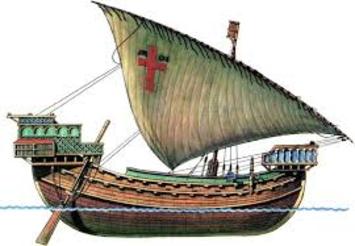 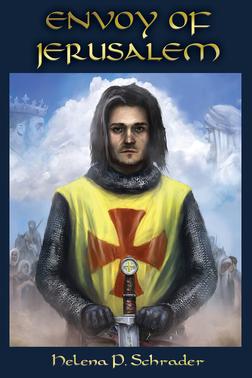 Jerusalem Fights Back: Offensive of 1189 to Recapture Sidon 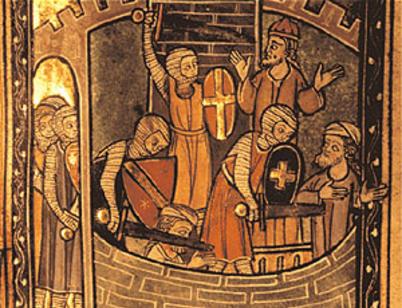 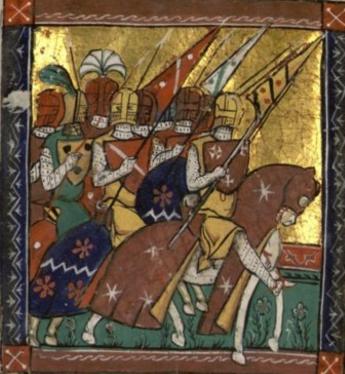