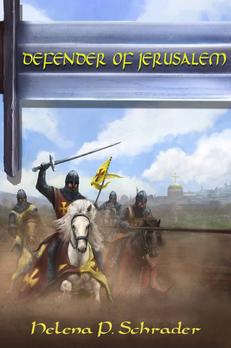 Feudalism was a system of government based on inter-dependency between a monarch and his subjects. In contrast to absolute monarchy based on the “divine right of kings,” feudalism rejected centralism and authoritarian rule. Instead, evolving in an age when the speed of communication was restricted by the speed of a horse or sailing ship, and literacy was restricted to the elite, it was a highly decentralized system. Feudalism depended on local elites administering justice and raising taxes, protecting borders and fostering economic growth. It was a system that consciously devolved power downwards rather than concentrating it in distant, difficult to reach capitals.  It also recognized the value of collective decision-making and checks on royal power. Obviously, this is not the same thing as “democracy” (in any of its forms), but it was far less arbitrary and more legalistic than many people today realize.

As English history demonstrates — from the baronial revolt against King John (that gave us Magna Charta) to Simon de Montfort’s Oxford Provisions and the English Civil War itself, curbing the power of kings was a difficult, dangerous and often divisive task. The High Court of Jerusalem is, therefore, particularly remarkable as an example of an effective feudal check on royal power because it ensured the integrity of the kingdom with only one instance of civil war. Notably, the Rule of Law (as represented by the High Court) won against the despotism (in the form of the Holy Roman Emperor Friedrich II).

The High Court of Jerusalem combined in itself judicial, legislative and executive functions. As La Monte words it: “Its word was law, or rather its interpretation of the existing body of custom made law, and the king who endeavored to act without the advice of, or contrary to the decision of, his High Court found himself confronted with a legalized rebellion on the part of his subjects.” In Jerusalem, the elected king (see The Elected Kingship) remained “first among equals” vis-à-vis his barons and bishops rather than a sovereign.

The High Court was composed of all the vassals or tenants-in-chief of the king. The ecclesiastical lords held seats by virtue of their land holdings rather than their spiritual positions. It met in no set place such as Parliament did in London, but rather could be convened in any place within the kingdom. As long as Jerusalem was Christian, it met most frequently there, according to some in the Tower of David. After the loss of Jerusalem, it most commonly convened in Acre.

Strikingly, the King’s presence was not essential for a meeting of the High Court. The king could designate a representative, but the Court could also meet in the absence of the King—as it did after the death of each king in order to elect the next. Also notable is the fact that outsiders, including King Richard I of England and King Louis IX of France, might be invited to attend and speak at sessions of the High Court. They might, by virtue of their rank, even “preside” over the session. Yet they did not have a vote — albeit, one presumes, such respected and charismatic men must have wielded considerable influence over those who did vote!

The duties of the High Court were first and foremost the election of the ruler, and during minorities or when the monarch was otherwise incapacitated by illness or capture, the appointment of regents (baillies) of Jerusalem. The preference was always for a close blood relation of the previous monarch, but from the beginning this did not entail applying the rules of primogeniture strictly and at almost all elections there were multiple claimants from the royal family contending for the honor. In cases where a woman was the closest relative of the reigning king, the High Court chose her husband for her to thereby elect the king indirectly.

The High Court made domestic policy technically not by passing laws but by “interpreting” the “customs” of the kingdom as recorded by the “wise men” who had advised Godfrey de Bouillon. Effectively, however, the High Court established the law in all matters, including — interestingly — ecclesiastical issues, but most importantly with revenue collection (taxation, customs duties, etc.), military obligations, and inheritance law. In fact, no fief could change hands (except to the hereditary heir based on primogeniture) without the approval of the court (i.e. gifts and sales of land needed High Court approval). The High Court also made foreign policy by concluding or rejecting treaties.

In practice, law evolved out of the adjudication of disputes in which the High Court ruled based on its interpretation of “customs,” and then recorded the decision and the reasoning behind as a reference for future cases. This is “case law” in its purest form.

As a judicial body, the fundamental principle was that all members of the court were equals (peers), and trial by one’s peers was the sacrosanct foundation of law in Outremer — with important consequences for Muslim, Jewish and Orthodox Christians, who were thereby also accorded trial by their peers rather than the alien Frankish elite. Even the Italian communes had their own courts. But for the Frankish, land-holding elite, the High Court was the only court authorized to adjudicate disputes involving everything from charges of murder, rape, and assault to wardship, debt, sale of land or horses (!), default of service, inheritance, and — of course — High Treason.

As king, however, Aimery made the same mistake as his predecessor: he disposed Ralph of Tiberius on charges of treason, only to run into the refusal of the High Court to accept his judgement. In fact, the Lord of Beirut (John d’Ibelin, eldest son of Balian d’Ibelin) refused feudal service and was joined by other barons in an act of passive rebellion until Ralph was restored to his fief.

The most dramatic instance in which the High Court effectively opposed the despotism of a monarch was, however, in the baronial revolt against the Holy Roman Emperor Friedrich II — but that is material for another entry.

The High Court plays a role in my biographical novel about Balian d’Ibelin, particularly in books II and III.

The "Ideal" Feudal State: The Kingdom of Jerusalem

The Tower of David today; photo by author. 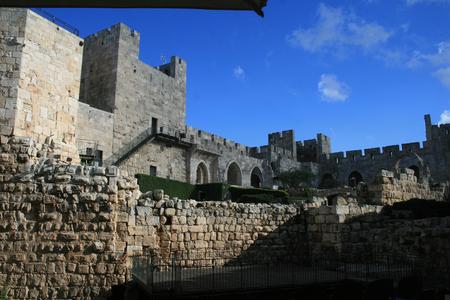 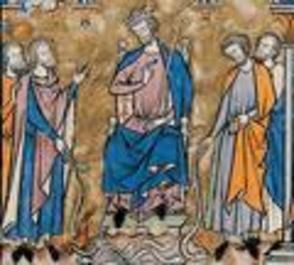