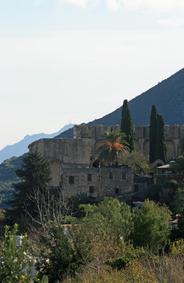 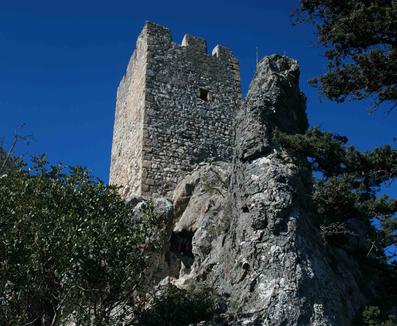 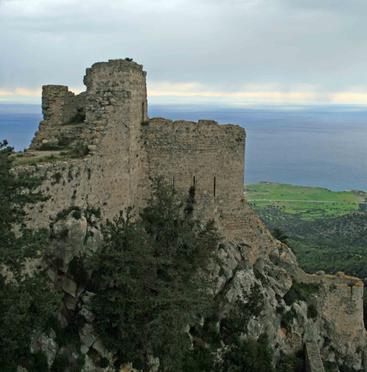 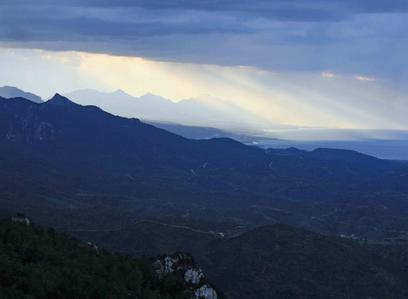 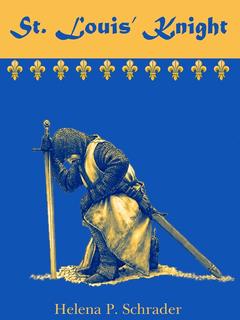 Richard I has gone down in history as the “Lionhearted” because of his military prowess, but most of his victories were ephemeral. The bulk of the Angevin Empire was lost in the reign of his brother and successor John, and the Kingdom of Jerusalem that Richard salvaged from obliteration in 1191-1192 was wiped off the map roughly a century after his death. But one conquest, an almost incidental conquest, proved enduring:  it was the conquest of Cyprus in 1191. In just four weeks, Richard I seized control of the entire island, and within a year he had established a Latin kingdom that endured almost four hundred years until the second half of the 16th century.  This is how that surprising conquest came about.

In 1191, after a tempestuous winter on Sicily, Richard I of England and his assembled crusader army of vassals and mercenaries set sail for the Holy Land.  Philip II, also on crusade, had quarreled with Richard on Sicily and proceeded with his contingent of crusaders without the English/Angevin forces. Richard’s fleet set sail on April 1, but encountered a storm that blew the vessels off course and scattered the fleet.  Richard’s galley eventually made safe harbor on the island of Rhodes on April 22, but the ship carrying his betrothed, Princess Berengaria of Navarre, and his sister Joanna, the widowed Queen of Sicily, was missing.  When Richard was well enough (he fell ill at Rhodes) and his ships were again seaworthy, he set out once more for the Holy Land collecting his fleet as he went.  He sailed deliberately for Cyprus, the largest of the islands in the eastern Mediterranean in the hope that many of his missing ships, including the one with his bride and sister, might have found refuge there.

And indeed they had, but their reception had been far from welcoming. The survivors of three ships wrecked on Cyprus, far from receiving the charity expected of a Christian monarch (Cyprus was ruled at this time by a self-styled Byzantine “Emperor”) were – in Richard’s own words – “robbed and despoiled.”  The ship carrying the royal ladies had avoided shipwreck, but in distress had taken refuge in the harbor of Limassol.  The knights aboard this vessel somehow received word of what had happened to their comrades, and Joanna of Plantagenet (a woman who deserves a novel of her own!) was clearly not buying the assurances offered by “Emperor” Isaac Comnenus about her safety.  She smelt a rat and stayed aboard her damaged vessel.

Thus when Richard sailed into Limassol harbor on the evening of May 5, he found his bride-to-be and sister in a precarious situation aboard an unseaworthy vessel running out of water but afraid of being held for ransom or worse if they went ashore.  Richard responded as could only be expected of the proud Plantagenet: he attacked.

The exact sequence of events varies according to which chronicle one follows.  One version has Richard order his galleys to break through a blockade of ships at the mouth of Limassol harbor and then storm ashore on foot without waiting for horses to be off-loaded.  Another version claims he landed on a beach beyond Limassol harbor against opposition, and then took Limassol from landward, again without horses. In either case,  Isaac Comnenus was not captured with the city, and so the English King and the Byzantine “Emperor” faced off in battle at a location sometimes identified as Kolossi, the later site of a lovely Hospitaller commandery.

Where ever it was, Richard put the forces of Isaac Comnenus to flight with no casualties of his own because, as at the earlier engagements, the self-styled “Emperor” enjoyed little support from the native population.  He had been appointed (if at all) by a Byzantine Emperor, who had himself since been deposed.  Furthermore, his despotic rule had earned him only the hatred of his subjects. In short, Richard the Lionhearted did not need much of his vaunted military skill to win a victory here. After Isaac had surrendered to him, Richard returned to Limassol and on May 12 married Berengaria and had her crowded Queen of England. The exact location is unknown, and several churches in Limassol claim the honor.

Since Richard was in a hurry to get to the Kingdom of Jerusalem, where only the city of Tyre remained in Christian hands although a Christian siege of Muslim held Acre was underway, he probably would have sailed shortly after this happy event if Isaac Comnenus had not made the mistake of breaking his promise to sail with Richard on crusade. Infact, Isaac fled to the mountains in a transparent attempt to re-establish his rule of the island, and Richard responded by an all-out campaign of conquest – which again took little time or effort because of the hostility of the population to Isaac Comnenus. After landing at Famagusta, Richard marched on Nicosia, handily defeated Isaac’s mercenaries in the field and continued on to the capital where he also took custody of Isaac’s only child, a girl, who has remained nameless in history.  By the end of May, Isaac Commenus had surrendered to Richard a second time – despite having three unassailable castles in which he might have sought refuge.  Apparently, he could not trust the garrisons of these castle or muster enough loyal men to replace the existing garrisons.

Isaac set only one condition to his surrender: that he not be placed in irons.  Richard therefore had shackles made of silver especially for him.  He was to die three years later in Syria trying to incite the Sultan of Konya to attack the Byzantine Empire.

Richard was still in a hurry to get to the Holy Land (and join the siege at Acre before his rival, King Philip II of France, could claim credit for victory), but he also saw the strategic importance of Cyprus to the crusader kingdoms.  The port of Famagusta is only 118 miles from Tripoli, the closest of the crusader cities, and just 165 miles from Acre.  Furthermore, Cyprus was a fertile island capable of producing grain, sugar, olives, wine and citrus fruits in abundance.  Although Richard recognized that he could not possibly rule Cyprus himself, he wanted to secure it as resource for the crusader states and a base for operations against the Saracens.  So, although he left Cyprus on June 4, 1191, exactly a month after he arrived, shortly afterwards Richard sold the island to the Knights Templar for 100,000 pieces of gold.

Unlike Richard, who had come to an agreement with the Greek nobility on the island to let them retain their laws and customs, the Templars allegedly sought to impose Latin rites and tax the population at excessive rates. Within six months the island was in rebellion against them and the Templars, were forced to face the fact that they did not have the manpower to quell this rebellion and fight for the Holy Land at the same time; they returned the Island to Richard.

Richard promptly sold it a second time, this time to his vassal and former King of Jerusalem, Guy de Lusignan.  Guy de Lusignan had a long and colorful past -- which included seducing a Princess (Sibylla of Jerusalem) and losing a Kingdom (on the Horns of Hattin above the Sea of Galilee), but he was now a landless widower.  Guy came to Cyprus in the spring of 1192, probably accompanied by other knights and barons from the once proud Kingdom of Jerusalem who had lost their lands to Salah ad-Din.  Two years later he was dead, and Cyprus passed to his elder brother, Aimery de Lusignan, who founded a stable, Latin dynasty that lasted three hundred years.

St. Louis' Knight is set on Cyprus against the backdrop of the 7th Crusade in the mid-12th Century.

A crusader in search of faith,

a lady in search of revenge,

and a king who would be saint.

St. Louis' Knight takes you to the Holy Land in the 13th century, and a world filled with knights, nobles, prophets -- and assassins.