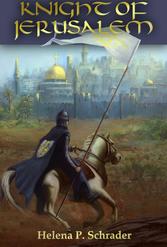 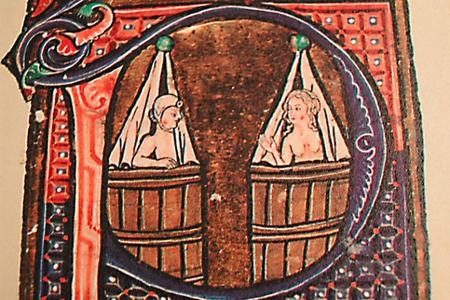 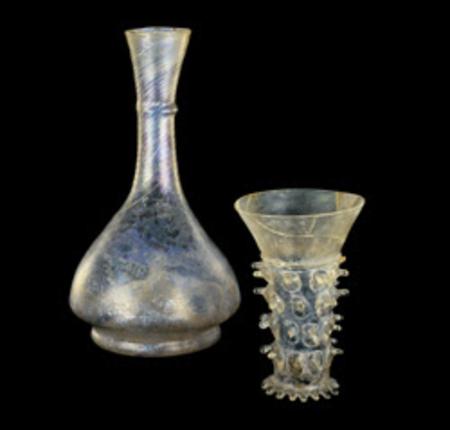 One of the most persistent myths about the Middle Ages is that people did not bathe regularly and went around dirty and stinking. This is demonstratively not true. The Medievalists.net have published a good and lengthy post on the topic (Bathing in the Middle Ages), which provides a great deal of documentation and detail (such as Paris having 32 public baths in the 13th century and King Edward III installing taps for hot and cold running water in his palace at Westminster.) This entry is not intended to recount or compete with that or other sources, but rather focus on the unique traditions of "Outremer" or the Crusader States.

All the Crusader States established in the course and subsequent to the First and Third Crusades were in locations that had been under Greek influence since Alexander the Great at the latest. They had also been part of the Ancient and Eastern Roman (Byzantine) Empires before coming under Arab and Turkish influence during the 8th and 9th centuries AD. This means that for the native population the predominant traditions with respect to personal hygiene came not from the Germanic tribes, Vikings or Celts, but from Greece, Rome, Egypt and Arabia.

Whereas bathing in Western Europe is usually depicted in small, wooden tubs with curtains over them, the baths of any Roman town were generally gracious, spacious and elegant, often open to the skies in a series of atriums surrounded by colonnades.  They were public spaces in which men conducted business and politics. The baths of Turkey and Arabia, while darker and more inward-looking, nevertheless were gracious with domed roofs and elegantly furnished with marble floors, benches and fountains. They were less important for business and politics but all the more important culturally because of the emphasis Islam places on personal cleanliness. Both the Greco-Roman and Arab/Turkish traditions shared the principle of having both hot rooms for steaming/sweating (like a sauna) and cold rooms for washing off. Both also integrated massages with fragrantly scented oils into the bathing experience.

When the crusaders arrived in Outremer they found a large number of functioning bath houses, particularly of the later (Turkish/Arab) type, already in place. Far from scorning, abandoning, dismantling or altering their function, the Frankish settlers adopted them readily -- rather like ducks to water, one might say.  Indeed, they started building their own, and archaeologists have identified a number of Frankish baths. These include baths in the Hospitaller and Templar headquarters in Jerusalem, at or near the monastery on Mt. Zion, at Atlit, a bathhouse on the Street of Jehoshephat near the convent of St. Anne, and another in the Patriarch's quarter. (For more details I recommend Adrian J. Boas' excellent works Jerusalem in the time of the Crusades and Crusader Archaeology.)

The Frankish settlers in Outremer adopted some of the bathing customs as well. Thus, while men and women bathed jointly in Western Europe, they probably bathed separately (either in separate spaces or at different times) in Outremer, although this is not 100% certain. The crusaders certainly adopted the custom of massages with scented oils stored in lovely glass vessels produced locally.

It wasn't only the bath houses that the Frankish settlers of Outremer inherited from their predecessors. They also inherited Roman aqueducts and sewage systems. The Greeks and Romans (both Ancient and Byzantine) were famous for building very sophisticated and extensive networks for bringing fresh water to the public fountains of their cities, often from many miles away. The Franks followed this example and built a number of their own. Thus while cities dating from the Roman period or earlier had Roman aqueducts that the crusaders merely needed to maintain, the construction of new castles, new towns or water-intensive industry such as sugar plantations, brought forth new aqueducts that clearly date from the crusader period.

Likewise, the ancient cities were served by extensive (and again very solid and sophisticated) sewage systems. These consisted both of stone faced drains and stone or pottery pipes. The Byzantines, for example, used pottery pipes to bring sewage down the outside of their residences from upper stories to underground sewage systems. Frankish castles had extensive latrines with sewers that emptied well below the level at which people lived. While roof top cisterns and tanks provided the means to flush out these latrines with water (as we know castles in England did a hundred and fifty years later), the archaeological evidence is insufficient to verify the practice in the Holy Land. Archaeological evidence of highly sophisticated drainage systems to divert underground streams, however, have been uncovered, and the level of engineering skills available to the Frankish settlers of Outremer should not, therefore, be under-estimated.

To conclude, there may be a direct link between the hygienic conditions in Outremer and the hot-and-cold running water of Edward III and the Black Prince. The bulk of the crusaders, including Richard the Lionheart and Edward I of England, returned home, and by the time they went home they had probably become fond of the higher standards of hygiene enjoyed by the Frankish settlers -- the very standards that had induced the crusaders to ridicule the native "poulains" initially. The large number of crusaders returning particularly to France, Germany and England may, in fact, explain the fact that Western Europe saw a flourishing of "bath house culture" in the 12th - 14th centuries.

In all my novels  set in the crusader kingdoms I attempt to depict the lifestyle as accurately as possible. 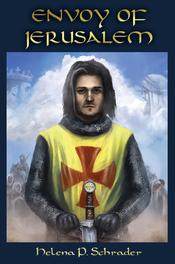 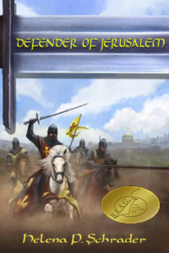